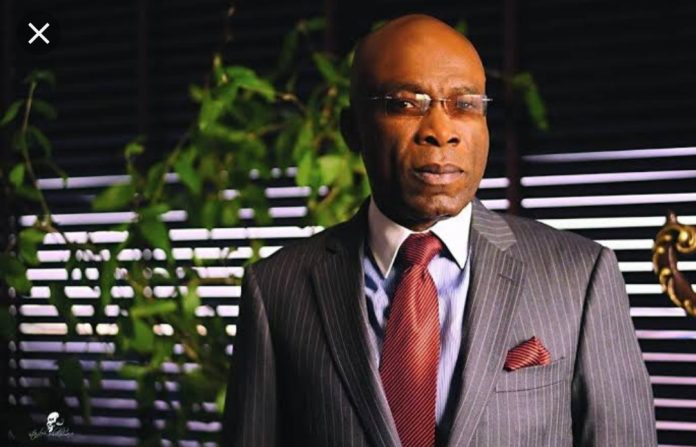 One thing is certain and confirmed Leo Stan Ekeh has grown to be Africa’s leading technology entrepreneur, who has laid out a blueprint for budding and potential business investors in Africa. Thus, a fitting a description of him as the Bill Gate of Africa and Nigeria’s Steve Jobs.

Born on the 22nd of February, 1956 as Leonard Stanley Nnamdi Ekeh to an average parent. He hails from Ubomiri Mbaitoli LGA in IMO State. He is indeed

well read, ranging from his foundation education at Holy Ghost College, Owerri to a Postgraduate Diploma in Risk Management in Nottingham University in England.

His rise to success is far from the conventional success story of most billionaires who were born with a silver spoon as regards inherited wealth. Leo Stan Ekeh from nobody rose to a billionaire in dollars.

In 1987, he started his first company, pioneering Desktop Publishing and Computer Graphics in Nigeria.

He also pioneered the deployment of digital dispensing pumps in Nigeria with foreign partnership.

Furthermore, in 2001 he founded what became Nigeria’s first Internationally Certified Branded Computers, Zinox Technologies Limited. With its headquarters located in Lagos, Zinox has grown over the years to be rated to be among the best integrated ICT Solutions Group in Africa and with a strong international presence.

Interestingly, he has received more than 85 awards, prominent of which is the “Icon of the Hope Award” by the former president Olusegun Obasanjo on the

1st of October 2002 for his exemplary digital vision and as a model for modern Nigeria. He also bagged ‘Order of the Federal Republic’ (OFR) for his inclusive digital entrepreneurship.

One unique trait about the ICT billionaire is that he embodies the principle of the rich opening their hands for the poor. A philosophy that states rich, yet accessible both to the rich and to the poor. As a man of affluence and influence,

he does not ascribe all success to himself. He links his fame and fortune to GOD not so much to hard work or some smart strategy. Rare indeed from the Billionaire in dollars.

e, he does not ascribe all success to himself. He links his fame and fortune to GOD not so much to hard work or some smart strategy. Rare indeed from the Billionaire in dollars.

He is happily married to a mathematician, Chioma Stan Ekeh. The over 30 years union has been blessed with five children. Gifted with an electric brain, he has indeed in his own capacity brought global attention to Nigeria through the

Channel of ICT. As he conquered his fears and uncertainty with the tenacity of purpose.