Malala’s Father: How To Raise Confident Children And Fearless Leaders 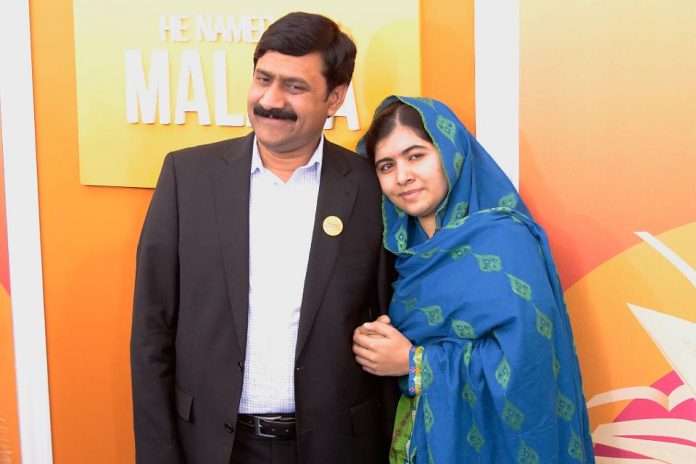 Malala Yousafzai was just eleven years old when she discovered the power of her voice to advocate for a girl’s right to education. Six years later, she accepted the Nobel Peace Prize, becoming the youngest-ever Nobel laureate.

Malala credits her father, Ziauddin, for nurturing and encouraging that voice. “My father made me realize that my voice was powerful,” Malala writes in the forward to her dad’s book, Let Her Fly. “I knew how to tell a story, I knew how to speak up.”

I spent some time with Ziauddin recently at the Abu Dhabi International Book Fair where we were invited to speak to book lovers and school groups from the region. Learning communication skills is a “prerequisite” for anyone to become a fearless leader and to drive change, Ziauddin told me. And communication skills start early—in the home.

Malala comes from several generations of storytellers and speakers.

Malala’s grandfather—Ziauddin’s father— was a ‘fiery’ orator, a religious scholar whose speeches drew people from far and wide. Ziauddin told me that he wanted to be a great speaker like his father, but he developed a speech impediment at the age of four. His father helped Ziauddin turn his weakness into a strength—by encouraging his son to practice speechmaking.

Schools in Pakistan held formal speech competitions, which Ziauddin entered at the age of 13. He practiced over and over for hours and delivered the speech perfectly. It gave his confidence a boost, especially when a teacher whispered to him: “You spread the fire.”

“Years later my speech would become my weapon against the Taliban,” Ziauddin recalls. “I might not have been fluent, but I spoke the truth.” Ziauddin passed along his love for education and his passion for public speaking to his daughter, Malala. Ziauddin says he’s impressed and inspired by how his daughter handles her worldwide fame. She’s clear, precise, and emotional. She’s also remarkably calm, even when speaking in front of world leaders.

How do you raise a child, girl or boy, to be fearless and confident? Ziauddin believes that praise has a lot to do with it.

“I endeavored to make her feel like she was the wisest human being ever to come to this earth,” he writes. If Malala got a good grade, Ziauddin would praise her. If she worked hard at a school project, he would praise her. If she expressed an idea well, he would praise her. As Malala grew older, so too did her confidence as a speaker. When she spoke in places where there were all boys, Malala would hear men say, “These girls should be kept separate!” Malala could not be ignored because her speeches went to the core of people’s hearts.

“If a parent does not give a child the space to think anything in life is possible, it is an uphill struggle for the child to believe in her own potential,” according to Ziauddin. Malala was named after Malalai of Maiwand, the female Pashtun fighter who died on the battlefield for her cause. Ziauddin didn’t want Malala to face violence, of course. He named her Malala because Malalai was the first woman in their culture who carved out her own identity.

Malala grew up in a society where teenage girls were absent from school and getting ready for marriage. Ziauddin was determined to break the cycle. “I believed in anything and everything for her. Instead of writing her off, or limiting her with established prejudices, I thought instead, She will change the world. She will move mountains. She is meant for the stars.”

Today, as co-chairs of the Malala Fund, Ziauddin and Malala are the voice for more than 130 million young girls who are deprived of an education.

Show me a movement that changed hearts and minds and I’ll show you a storyteller who sparked the movement. If you want your child to be fearless, encourage them to speak publicly—early and often. They’ll grow in confidence and move mountains.

Share
Facebook
Twitter
Pinterest
WhatsApp
Previous articleOne out of every 11,600 people in San Francisco is a Billionaire
Next articleMeet ‘Young Shall Grow Motors’ founder, Vincent Obianodo, The billionaire who started as a Vulcanizer and later built a conglomerate
RELATED ARTICLES
Leadership