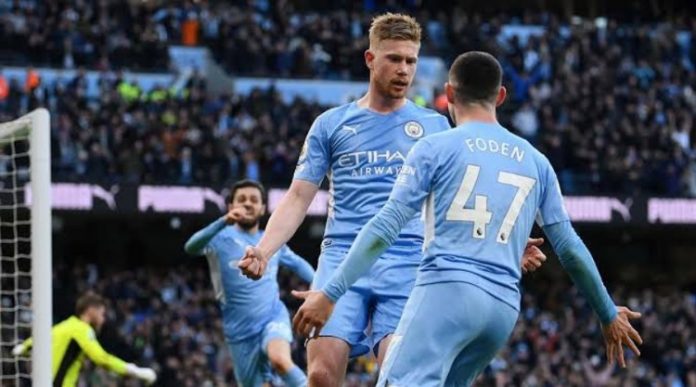 This was disclosed by Deloitte in its Football Money League Deloitte Sports Business Group report for March 2022, published on Sunday.

According to the firm, the 2022 Money League welcomes four new entrants, all of which are Premier League clubs, including Wolves, while Aston Villa returns after a-10 year absence.

What Deloite is saying about revenue:

Deloite revealed that COVID-19 impacted not only the Money League’s total revenue but its total revenue profile., adding that  Some revenue streams accounted for a more significant portion of total revenue than usual, while others faded into near inexistence, as Manchester City has become only the fourth club to top the Money League. Only two leagues have managed to produce Money League title holders: La Liga (Spain) and the Premier League (England).

“Manchester City, Real Madrid, Bayern Munich, Paris Saint-Germain and Juventus were the highest revenue generating clubs in each of Europe’s ‘big five’ leagues. While there was no change at the top in Germany, France, or Italy, there was a shift in England and Spain,” it added.

On Aggregate revenue, the report revealed that clubs averaged:

It added that Elite club football has been buffeted by two years of financial turbulence due to the impact of COVID-19, but is emerging having demonstrated resilience and continued underlying growth underpinned by the global love for these great institutions and the entertainment they provide.