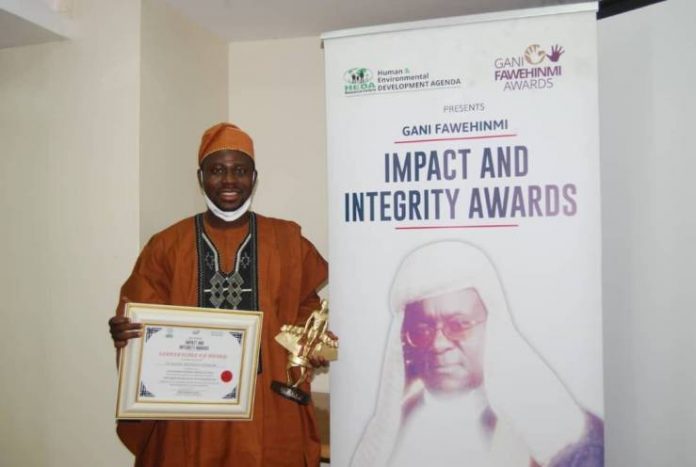 A young Nigerian man, Olasupo Abideen, has received an award for his honesty after he returned the sum of $2397 (N991,159.50) which was mistakenly paid into his account in August 2021.

In a post on his Facebook page, the young man revealed the money was mistakenly paid into his account by a company he was consulting for.

According to Olasupo, what he did was normal but the society has become so rotten that such an honest act is frowned at.

His honest act caught the attention of the Gani Fawehinmi Integrity Awards and he was given a plaque on Friday, December 10.

“In August, when I refunded a 2397 US dollars that was paid mistakenly by an organisation I consulted for, it was simply the normal thing to do. 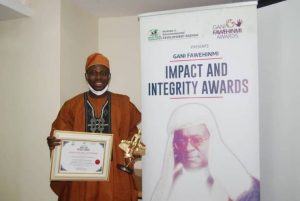 Unfortunately, however, our society has come to frown at such act. People are often described as dumb for returning money they found. For some, they lost an opportunity that came to them easily.

This has shown the depth of our moral crises and how we choose to celebrate ill-gotten wealth. People no longer care whether you make money legally, as long as you make the money.

The consequences of this seemingly new mindset has left our society in a terrible state.

From 838 Nominations to 21 to 3 Finalist in my category and to being the recipient. I am grateful to you all that voted for me during the last stage most especially Egbon Ogundipe Segun.

I’m excited to be a recipient of such a prestigious award that was created in honour of a national icon, Late Gani Fawehinmi.

It is also an opportunity for me to remind Nigerians, especially young people, of the place of integrity, transparency and accountability in our daily actions. We cannot build a better society without holding on to these values.

I dedicate this award to my parents-Mr and Mrs Olasupo for instilling that discipline to me since I was young and to every young Nigerian striving to make their lives better while maintaining moral decency. Moral decency has become difficult to achieve today but we must not stop doing what is right.