HomeBillionairesMansa Musa: The richest man who ever lived
Billionaires

Mansa Musa: The richest man who ever lived 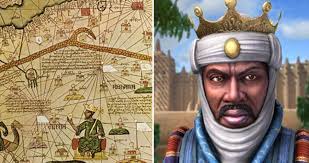 Mansa Musa travelled to Mecca with a caravan of 60,000 men and 12,000 slaves
Amazon founder Jeff Bezos is the richest man in the world, according to the 2019 Forbes billionaires’ list released this week. With an estimated fortune of $131bn (£99bn) he is the wealthiest man in modern history.

But he is by no means the richest man of all time.
That title belongs to Mansa Musa, the 14th Century West African ruler who was so rich his generous handouts wrecked an entire country’s economy.

“Contemporary accounts of Musa’s wealth are so breathless that it’s almost impossible to get a sense of just how wealthy and powerful he truly was,” Rudolph Butch Ware, associate professor of history at the University of California, told the BBC.

Mansa Musa was “richer than anyone could describe”, Jacob Davidson wrote about the African king for Money.com in 2015.

In 2012, US website Celebrity Net Worth estimated his wealth at $400bn, but economic historians agree that his wealth is impossible to pin down to a number.