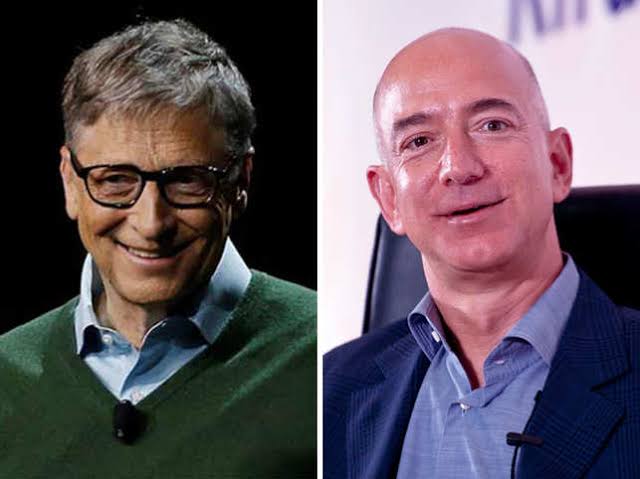 In a recent reports on Forbes billionaires list, the richest billionaires in the world are mostly tech moguls, and this list has familiar faces like Bill Gates, Elon Musk, Mark Zuckerberg, Jack Ma and a host of others.

Scroll on to see the world’s 13 richest tech billionaires, ranked in ascending order.

CEO and founder of the Japanese megafund Softbank, Masayoshi Son has pumped money into high-profile tech companies like Uber and WeWork.

This year Softbank took a hit following the murder of journalist Jamal Khashoggi, due to its links to Saudi Arabian Crown Prince Mohammed bin Salman.

Musk remains lavishly wealthy, however it was a wild year for the Tesla CEO, with numerous scandals and Tesla’s stock zooming up and down in tune with his erratic behaviour. Both Tesla and his rocket company SpaceX laid off significant chunks of their staff in January of this year.

Azim Premji, is regarded as the “Bill Gates of India” is the founder of IT company Wipro.

Michael Dell is the CEO of Dell Technologies, most of his fortunes are tied up in his private investment firm MSD Capital, according to Forbes.

Jack Ma is the richest man in China. He announced in September 2018 that in one year he would step down as the chairman of Alibaba – the largest e-commerce site in China – and be succeeded by CEO Daniel Zhang.

Ballmer left as CEO of Microsoft in 2014, but he still ranks highly on Forbes’ list at number 19. Ballmer and his wife Connie gave away $295 million to philanthropic causes in 2018.

Larry Page, the other Google cofounder, outranks Sergey Brin by a narrow $1 billion.

Facebook CEO, Mark Zuckerberg’s fortune sunk nearly $9 billion after last year’s scandal and he fell three places down the ranking. He was also usurped as the youngest self-made billionaire this year by Kylie Jenner.

Ellison is the founder and CTO of Silicon Valley’s major player Oracle. A two-time college dropout, Ellison was also appointed to Tesla’s board of directors late last year.

Known for his philanthropy, Forbes reports that Gates has donated $35.8 billion worth of Microsoft stock to his charitable organization, the Gates Foundation.

Jeff Bezos, is Amazon CEO, owner of the Washington Post, and richest man in the world.

Bezos was recently caught up in a firestorm after he announced his divorce from wife MacKenzie and texts from him to his reported lover Lauren Sanchez were leaked to the National Enquirer.

Bezos mounted his own investigation into how the paper got hold of the texts, and subsequently published a blog claiming that the Enquirer was blackmailing him with sensitive photographs.

Bezos also donated $2 billion to charity this year, pumping it into a fund to support underserved communities and education programs.