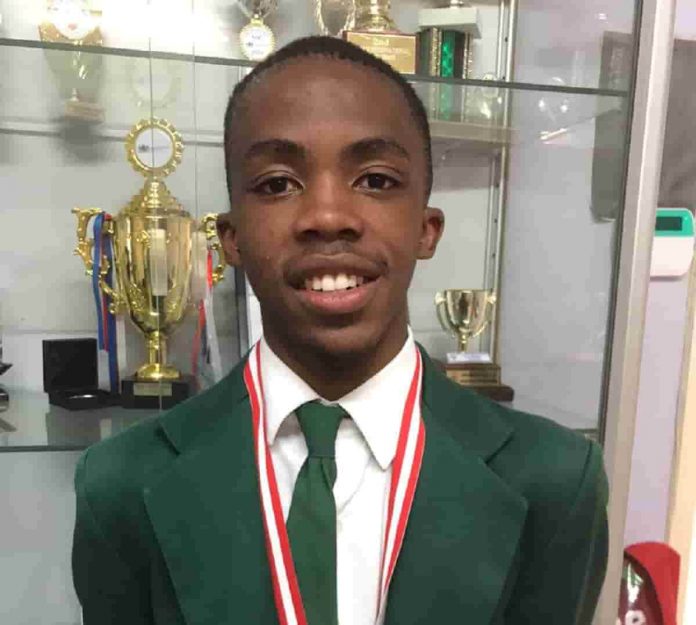 Kgaogelo Bopape has flown South Africa’s flag high. The Grade 12 pupil, who hails from Soweto, managed to obtain an amazing achievement. The 17-year-old Horizon International School pupil walked away with a bronze medal at the International Mathematical Olympiad (IMO).

The post read: “Well done to our very own Kgaogelo Bopape on being the first African learner to receive a bronze medal at the 61st International Mathematical Olympiad held in Russia.

Thank you for making Horizon High School proud and South Africa.” It should be noted that Bopape was amongst six South African pupils who took part in the IMO this year. His performance at the Olympiad inspired South Africans and Bopape was applauded online.

Read also: The Inspirational Story of Popular African Hollywood Actor, Djimon Hounsou, Who Was Once Homeless

Khensani Matsimbi commented: “Congratulations Mr Kgaogelo Bopape, you are a true inspiration to the country and other children, may God bless you more.” Yolandi Costa wrote: “So proud! Super congratulations Kgaugelo! High five to Mr Akinci and the maths department.”

Tlhaki Mohlaudi said: “Well done Mr Bopape, I am so proud of you.”