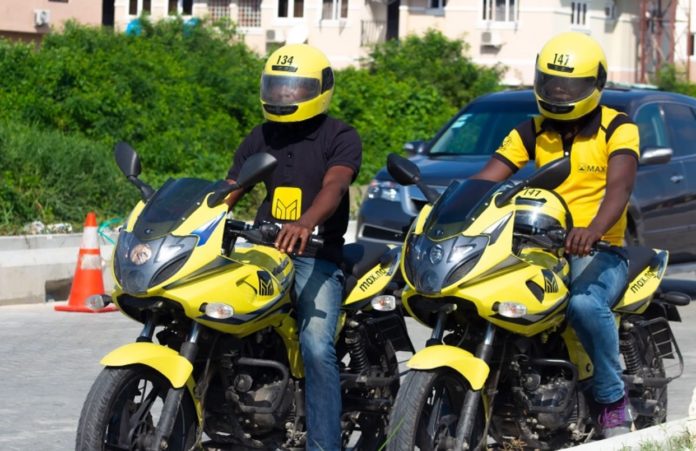 Nigeria’s most popular, Bike hailing startup, Max.ng has closed a new round of funding. The startup recently secured $7 million funding from investors through a Series A round ($6 million) and grants ($1 million). Kenyan venture firm Novastar Ventures led the round.

Max plans to use the new funds to expand across different markets and into new transport verticals, one of which would see the introduction of electric vehicles/motorbikes (EVs).

After originally starting out as a delivery startup that uses motorcycles (okadas) to move goods, Max pivoted to ride hailing and is now one of the biggest startups in the Nigerian market.

With its new funding, Max.ng has now raised at least $9 million since it launched in 2015. The new funding comes at a crucial time for the company.

Since the start of the year, competition in the ride hailing business has intensified. Despite having first mover advantage, Max appears to have lost its dominance. For instance, while Max now has over 1,000 riders, Gokada, a startup two years younger than Max, now boasts similar numbers. This slip can be attributed to two things. First, the nascent nature of the ride hailing market in Nigeria means nobody is really on top. Second is due to intense competition from new entrants like Gokada and the Opera funded ORide.

But Max is taking big steps to retake its lead.

Last week, the company revealed expansion plans across both Nigeria and Africa. Currently in Lagos and two other locations in Nigeria, the company  plans to launch in a fourth city. It is expanding internationally. The company disclosed it wants to expand to 10 African countries beginning with Ghana and Ivory Coast. Expansion into both countries will be completed by the end of 2019 says Adetayo Bamiduro, Max’s co-founder.

But this is just one part of Max’s quick growth plan.

Share
Facebook
Twitter
Pinterest
WhatsApp
Previous articleNigerian philanthropist Dr Arinze Madueke gives electricity to a community which has been in darkness for more than a decade.
Next articlePhilip Hampson Knight: The Brain Behind Nike”
RELATED ARTICLES
Leadership