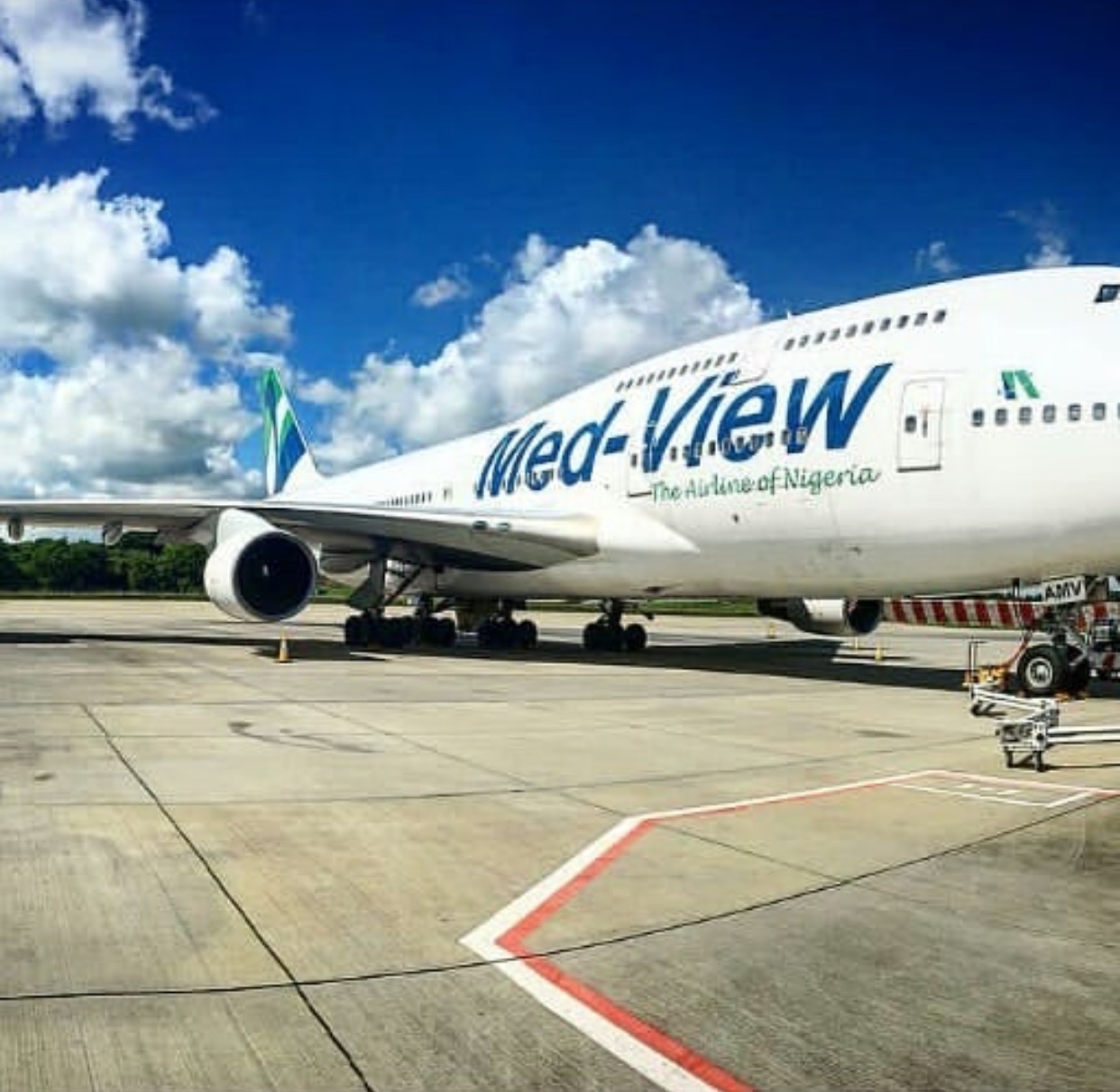 One of Nigeria’s leading aviation company, Medview Airline, listed on the Nigerian Stock Exchange since January 2017.

The airline stock debuted at about N1.50 upon listing and peaked at over N2 a year later as investors hoped its listing will help it dominate the skylines of a troubled Nigerian Aviation Sector.

Two years since listing, Medview Plc is being dominated and about falling out of the skies. Medview posted revenues of about N36.9 billion and profit after tax of about N1.2 billion.

It was it’s the best performance in over 5 years. Rather than sustain this performance, things went South with revenues tumbling down by over 74% to N9.5 billion in 2018.

The company explained that the reasons for its financial troubles were as a result of “political tension” and “extremely tight market liquidity.”

The Chairman of the company, Sheik Abdul-Mosheen Al-Thunayan also mentioned its depleted aircraft due to “C-Check at the early part of 2018 and reprotection exercise” all contributed to the poor performance.

“We are currently experiencing a relentless growth in air passenger travel globally, coupled with high and changing expectations and behaviour from passengers.

The airline sector in Nigeria is increasingly becoming highly competitive, with an interesting twist of surpassing one another by the major players. Our new competitors are not necessarily registered airlines, but rather charter services by individual and corporate entities who have interest in aviation.

Potential passengers are no longer waiting for airline offers to travel round the world, various groups and organization are putting up irresistible packages for passengers and bringing them to fly with registered airline.

This in turn is splitting the revenue to be generated by the airlines in scheduled
operations.

” In a nutshell, the airline has admitted that it’s getting obliterated by its competition.

Imagine facing competition from the likes of Airpeace, Arik, Dana and yet have to contend with local private jet operators?

Too much to handle.In 2017, the EU banned several airlines including Medview from flying into its airspace.

To continue to cater to its customers, the airline embarked on a reprotection exercise which basically enables airlines to transfer their passengers to other airlines at an often higher cost than the original ticket amount paid by the passengers.

Medview lost the plot to transport its passengers directly to London during this period.Last May the company announced a planned investment by Avmax, a Canadian firm.

This it claimed would enable the airline to expand its fleet.The company’s annual report still lists Abdulmoshen Al –Thunayan, Alhaji Muneer Bankole, Ocean Trust Limited as majority shareholders with 36%, 39.5% and 10.2% shareholding respectively, unchanged from 2017.So, while the market cap is still about N17 billion, the company is worth just less than zero in 2019.Net Assets have not gone from N7.3 billion in 2017 to negative of N4.1 billion at the end of the first quarter of 2019.Medview is thus technically bankrupt.

Medviews trade partners are like banks and even more potent than banks. Without them, the airline can’t carry out its daily operations and could effectively run out of business.

Medview is currently between a rock and a hard place. It’s facing competitive obliteration from the likes of Air Peace and Amcon backed Arik.

It will either need to raise capital as soon as possible or face imminent liquidation from its lenders.

The company also claims it’s pivoting into the aircraft maintenance space, a venture that could cost it billions of naira to float.

As for its passengers, cheaper fairs and better service will naturally take them away from Medview. Sooner rather than later, the company will be out of business, except it takes a drastic step at improving its cash flow.

Aliko Dangote Reveals why he has no personal house outside Nigeria

Fintech platform, Gona is offering to bring cashless payments and efficiency into public transportation in...