HomeBillionairesMeet Akin Alabi, the Nigerian billionaire who started his career as an...
BillionairesFeatured

Meet Akin Alabi, the Nigerian billionaire who started his career as an internet marketer and today has one of the biggest betting platform in Nigeria 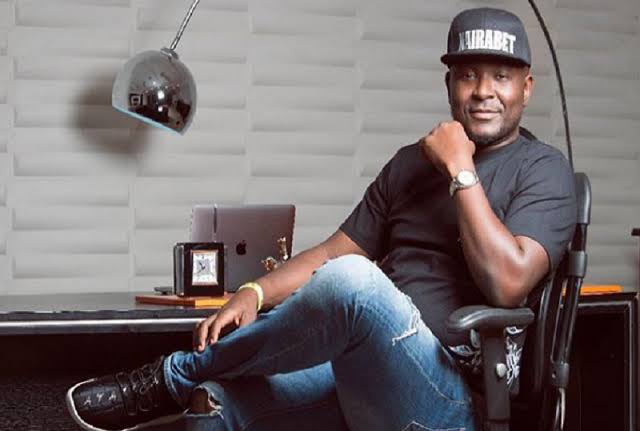 According to Calvin Coolidge “All growth depends upon activity. There is no development physically or intellectually without effort, and effort means work.” Hence, those at the top of the mountain didn’t fall there.

The aforesaid therefore reflects the success story of Otunba Akin Alabi, a productive minded Nigerian entrepreneur. Known today as the founder of the thriving sport bet company (Nairabet), he started his journey to the billionaire tag as an internet marketer who wrote books and conducted seminars that were centered on marketing and money making.

Otunba Akin Alabi was born on March 31,1977 in Ibadan, Oyo State, Nigeria. Akin Alabi began his education when he attended Command Children School, Ibadan and he proceeded to Federal Government College Enugu. He also went to Ibadan Polytechnic where he obtained a Higher National Diploma(HND) in Business Administration.

As the money started coming Akin Alabi went on to further education. He now holds a Master’s of Science (Msc) degree in Marketing from the University of Liverpool, United Kingdom.

Interestingly, Akin Alabi started his business career in 2003 writing and selling books, manuals and other information products. He proceeded to launching his own seminar and training company specializing in teaching and consulting for other young people starting their own small businesses.

Furthermore, Akin has gone on to build many other businesses from scratch; one of them being Nairabet, Nigeria’s first online sports betting portal, with outlets across Nigeria.

He got the idea for Nairabet when he visited the United Kingdom and went to a sports betting shop. He was prompted him to start his own online sports betting platform in Nigeria.

Today, Nairabet.com has its headquarters in Lagos with its nationwide operation regulated by the National Lottery Regulatory Commission. Also, Akin Alabi is involved in the Nigerian entertainment industry. He is the founder of Nightlife.NG, an online portal that showcases and reports the nightlife industry in Nigeria.

Conclusively, Akin Alabi is involved in philanthropic works. He is the founder of Akin Alabi Foundation, a nongovernmental, not for profit outfit, aimed at improving the well being of the average Nigerian.

As a politician, Akin Alabi is a member of the ruling All Progressives Congress (APC) representing Egbeda/Ona Ara Federal constituency in Oyo State. Being a football lover, he is a fan of Shooting Stars Sports Club (3SC) of Ibadan which his company, Nairabet sponsors. In all, dreams does not become reality through magic, it takes sweat, determination and hard work.