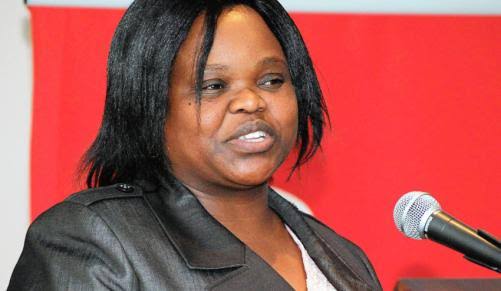 To build fortune, many of the world’s most successful businessmen used all the opportunities life gave them and attained their billionaire status by building everything from nothing.

In many African countries, there are lots of billionaires who were able to build their businesses from scratch with not wealthy but very poor beginnings.

The stories of success of those rich African young entrepreneurs have given hope to thousands of young and determined Africans.

Anna Phosa is often called a ‘celebrity pig farmer’ as she is one of Africa’s most successful pig farmers.

Similar to many other businessmen, her career journey wasn’t that easy as at the beginning she struggled to raise capital to start and grow the business.

In 2004, Anna Phosa founded her first pig farm in Soweto with $100 which was her own contribution. At first, her farm counted only 4 small pigs, but after 4 years, she was contracted by Pick ‘n Pay, the South African supermarket chain.

According to the contract, the supplier had to sell 10 pigs per week. This was kind of a breakthrough, and soon the request grew to 20 pigs per week. After 2 years, Anna Phosa signed one more contract for five years with Pick ‘n Pay to supply 100 pigs per week. It was an R25 million deal (this amount equaled $1.9 million).

This contract allowed Anna to raise capital from ABSA Bank and USAID and buy a 350-hectare farm property. At the moment, the farm rears around 5,000 pigs employing about 20 staff.

Conclusively, while many young entrepreneurs trying to start a business turn to banks ended up disappointed, Anna Phosa managed to start her business without a financial help of banks. The point is that banks mostly tend to focus on more or less mature businesses.