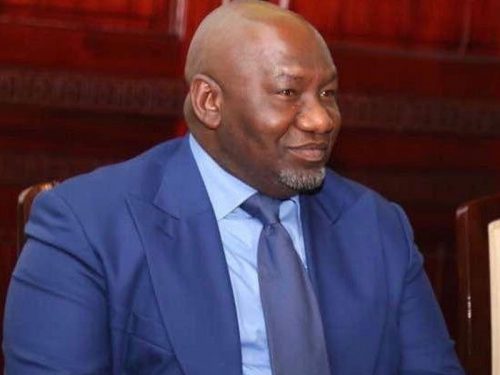 Nigerian Billionaire, Benedict Peters who is the founder of the Aiteo group, which deals mainly in energy is also the largest oil producing firm in Nigeria by output.

By November 2014, his net worth was estimated at US $2.7 billion. Mymediaafrica ranks him as the 17th richest in Africa and the 7th richest person in Nigeria.

His career in the oil and gas industry began in the early 1990’s, working with the founders Oando, widely known as Ocean and oil back then; Adewale Tinubu, Mofe Boyo and Onajite Okoloko. He became the Group Executive Director of MRS Oil Nigeria Plc, ending as its Managing director, before departing to establish Sigmund Communecci in 1999.

Peters founded the Aiteo (Aiteo Eastern Exploration and Production Company Limited),the successor entity to Sigmund Communecci in February 2008. With facilities of over 250 million liters on over 110,00 square meters of landmass, the company owns one of the largest petroleum tank farms in Nigeria. It also owns and operates the Abonnema Strorage Terminal.

Aiteo acquired an impresive controlling stake in Oil Mining Lease (OML) 29 and the Nembe Creek Trunk Line (NCTL) in the Eastern Niger Delta from Royal Dutch Shell Plc in 2014. OML 29 is a large block located in the southeastern Niger Delta, it contains 11 oil and gas fields.

Mr Benedict Peters is rapidly diversifying with his founding of Aiteo power, the company of which he is the chairman. He leads the Aiteo Consortium and EMA Consortium which has won separate bids to acquire three power generating companies and is set to build a 100,000 barrel refinery in oil-rich Warri in Delta State.

Aiteo Group announced the signing of a five-year partnership agreement with the Nigeria Football Federation worth an estimated N2.9b in April 2017. Aiteo’s support funded the salaries of Super Eagles boss Gernot Rohr and coaches of all NFF’s national teams.

Peters told the media that “Aiteo Group is as passionate about leadership as Nigerians are about football, so we are proud to be working together with the NFF and its coaching staff to reach a shared goal of a more prosperous Nigeria.”

He can boast of multiple Awards both in Nigeria and Africa. On August 5, 2014 in Washington DC, Peters was one of four recipients of the Marquee Award for Global Business Excellence at the Africa-US Leadership Awards dinner, hosted by African Energy Association, “a non-profit organization of experienced negotiators, advisers and high-level energy advocates”.

On 18 January 2015, Peters was given the Dr. Martin Luther King Jr. Legacy Awards in the “Economic Empowerment” category in an event held in Washington, DC’s Willard Hotel.Benedict Peters was listed among the 50 Most Influential Nigerians in 2017 by BusinessDay Newspaper in Nigeria. In June 2018, he was also named by The Guardian (Nigeria) as Oil and Gas CEO of the Year.