HomeBillionairesMeet Bettencourt Meyers, the Richest Woman In The World
BillionairesFeatured

Meet Bettencourt Meyers, the Richest Woman In The World 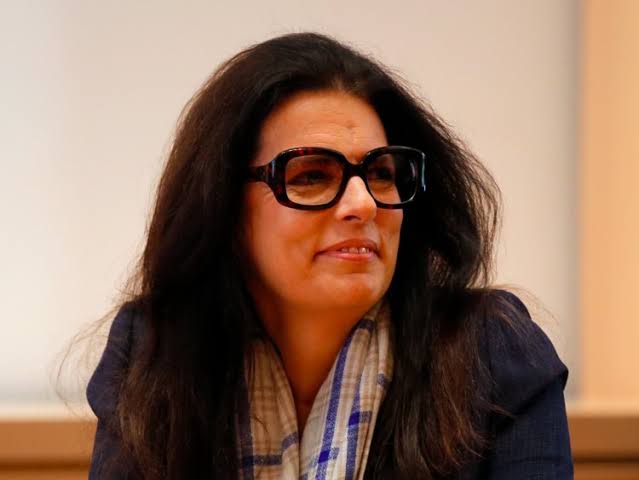 Bettencourt Meyers is the L’Oréal heiress, who is also the chairwoman of her family’s holding company, is the world’s richest woman, with a fortune of $49.3 billion.

Bettencourt Meyers leads the women on the 2019 Forbes World’s Billionaires list. She’s currently the 15th-richest person in the world.

She is the granddaughter of L’Oréal’s founder Eugène Schueller (an inventor of hair dyes), and a member of the company’s board since 1997, Bettencourt Meyers debuted on the billionaires list last year following the death of her mother, Liliane Bettencourt, in September 2017. Liliane had been on the list every year since Forbes published its first World’s Billionaires List in 1987.

Bettencourt Meyers’ fortune increased by $7.1 billion, or 17%, since last year thanks to stellar results at the makeup giant, of which she and her immediate family own a 33% stake.

An estimated 90% of her wealth is tied to shares of the company, which recorded its best sales growth in more than a decade last year with total revenue coming in at $30.6 billion. Revenue in Asia Pacific jumped 20%, driven by China; the region has now overtaken North America in terms of sales.

Bettencourt Meyers, who lives in Paris, is the president of her family’s Bettencourt Schueller Foundation. The philanthropic foundation encourages French progress in science and the arts, giving money and support to projects in life sciences, social progress and traditional crafts.

The foundation has donated to projects including the research of neurons, support for families of autistic children and French choirs. She is also a writer and has authored a book on the Greek gods and another with commentary on the Bible.

Bettencourt Meyers’ mother Liliane Bettencourt, the daughter of L’Oréal founder Scheuller, spent most of her life working at L’Oréal; late in life she suffered from dementia.

She and Walmart heiresses have taken turns holding the title of richest women for most of the past three-plus decades that Forbes has been tracking the wealthy.

Liliane Bettencourt was the richest woman for most of the first 14 years Forbes published the billionaires’ list.

In the years following 2001, she was overtaken some years by Walmart founder Sam Walton’s daughter Alice Walton and other years by Sam’s widow Helen Walton. Bettencourt took back the number one spot in 2006. She and Alice Walton’s sister-in-law Christy Walton took turns holding the title for the remainder of the past decade.

In 2010, buoyed by strong Walmart stock, Christy Walton, Sam Walton’s daughter-in-law, became the richest woman. Forbes understood at the time that she received the bulk of her husband John’s fortune when he died in a plane crash in 2005.

She continued as the world’s richest woman for the next four years, but in 2015, previously sealed documents revealed that she had inherited just one-sixth of his fortune. Christy and John’s son, Lukas, received one-third of John Walton’s estate, while the rest went to charity.

The Forbes World’s Billionaires list is a snapshot of wealth using stock prices and exchange rates from February 8, 2019. Some people will become richer or poorer between then and the publication of the rankings, or within days of publication.