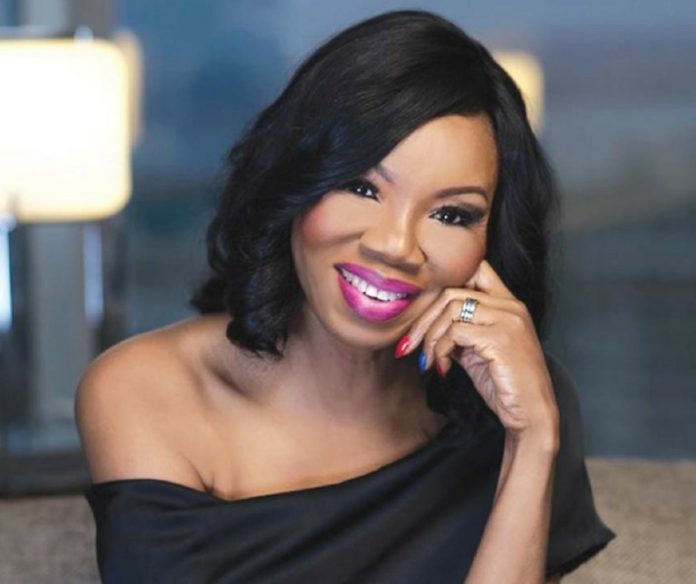 Betty Irabor is a media personality, publisher, host, speaker, author, entrepreneur and a philanthropist. She is the Editor-in-Chief and founder of Genevieve Magazine, a leading fashion and lifestyle magazine.

Aunty Betty as fondly called by many paved way for other female publishers, young ladies look up to her and believe that if she can do it, they will someday do it as well.

In 2011, she was honoured by the Association of Professional Women Bankers as the most accomplished female publisher.

Betty Irabor was born on 25th of March, 1957 and hails from Edo State. Her father was a Nigerian police officer while her mother was a seamstress. Betty Irabor lost her father early in life and was raised by her mother. She has a Bachelor’s degree in English from University of Lagos.

She married Soni Irabor, a seasoned broadcaster, marketing communication expert and public speaker in 1983. They are blessed with a son and daughter, Omoruyi Irabor and Sonia Irabor. Her daughter, Sonia Irabor is an Editor at Genevieve Magazine.

Upon graduation, Betty Irabor practiced Journalism in National Concord for 5 years. While at National Concord, she served as a feature writer and was later promoted to assistant feature editor.

She worked with Haisha Investment Company as a Public Relation/Administrative Manager for 2 years. Afterwards, she teamed up with her husband as Managing Director of Ruyi Communications Ltd.

While running the family business, Betty Irabor was also a freelance writer for the Guardian, ThisDay and Vanguard. She contributed a few columns for Black & Beauty magazine UK.

Betty Irabor saw a gap in the publishing industry and took a bold step to launch Genevieve Magazine, a Nigerian fashion and lifestyle magazine in 2003.

The inspiration to own a magazine came when she was leafing through a lifestyle magazine published in Singapore. Genevieve Magazine tells the success story of Nigerian women and showcase their lifestyle in colourful ways.

She started Genevieve Magazine at the age of 45, this shows that it’s never too late to start building your dream business.

We can say that her vision for the magazine to be a lifestyle guide and inspire women has been achieved, it has become one of the leading Nigerian lifestyle magazine. Genevieve Magazine has featured numerous celebrities including Adesua Etomi-Wellington, Joke Silva, Toolz Oniru-Demerun and many others.

The media mogul is also a motivational speaker and advocate for mental health. She has delivered inspiring speeches at numerous events including Women in Microsoft, SLAY festival and KONGA International Woman of the Year Project.

The foundation donated a mammography machine to Lagos State Teaching Hospital for early diagnosis of breast cancer. In 2014, GPF partnered with Access Bank and other leading brands to stage an annual Run/Walk/Cycle for breast cancer awareness.