HomeMeet Chris Hughes, the programmer who made over $500 million by helping...
Featured

Meet Chris Hughes, the programmer who made over $500 million by helping Mark Zuckerberg create Facebook 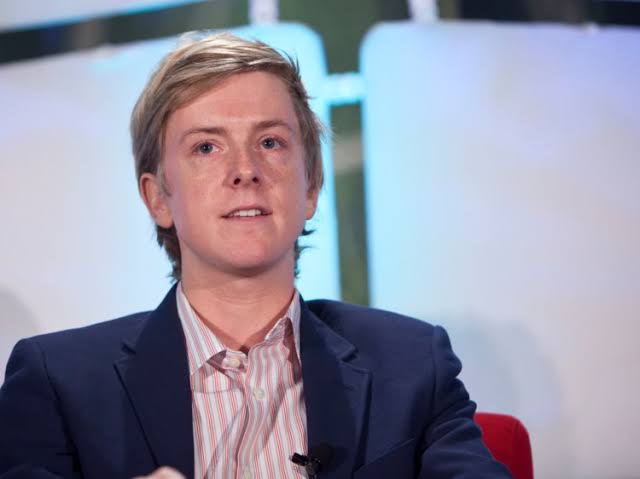 Facebook was launched by a group of Harvard students from a dorm room in 2004.

One of those former students, Mark Zuckerberg, has become one of the richest and most prominent CEOs in the world but also one of the most controversial, as Facebook has come under fire in a seemingly never-ending string of scandals.

On Thursday, Chris Hughes, one of Facebook’s other cofounders, became the latest to slam Zuckerberg in a blistering New York Times op-ed , calling for the social network to be broken up and asking for increased regulation over the tech industry.

But who is Chris Hughes, this lesser-known Facebook cofounder?

Hughes, 35, departed Facebook a decade ago with a small stake in the company. Although he hasn’t quite achieved the notoriety of Zuckerberg, Hughes’ career post-Facebook has included volunteering for Barack Obama’s presidential campaign, a stint as editor of the magazine The New Republic, and pushing for Universal Basic Income (UBI) and other big social reforms.

Here’s the life of Chris Hughes, from Harvard student to cofounder to one of Facebook’s biggest critics:

Chris Hughes was born in November 1983 in North Carolina. He grew up in Hickory, right near the center of the state.

When it came time for high school, Hughes decided to escape the South, and attended boarding school at Phillips Academy in Massachusetts on a “very generous financial-aid package.”

The experience proved incredibly transformative for Hughes. As he once told Fast Company: “I went to boarding school Southern, religious, and straight, and I left boarding school not being at all religious and not being straight.”

Hughes then secured a scholarship to Harvard University, where he met Mark Zuckerberg his freshman year. At the time, “The Facebook” was just an idea that began “as a kind of experiment,” Hughes once told Reddit users.

Hughes was brought on to help found Facebook, although he wasn’t super-technical, he proved adept at user experience and product design earning him the nickname “the Empath” among his new coworkers.

By sophomore year, Hughes and Zuckerberg were roommates. Their dorm room makes a cameo in the “The Social Network,” the 2010 movie about Facebook’s early days, where Hughes is played by actor Patrick Mapel. Hughes said the film embellished some details. “Our dorm room did not in fact look like a luxury condo and (to my knowledge!) there was no sex in the bathroom.”

For summer break after their sophomore year at college, Hughes traveled with Zuckerberg and another cofounder, Dustin Moskovitz, to Silicon Valley. Although Moskovitz and Zuckerberg dropped out of Harvard to stay in California and work on Facebook, Hughes said he “didn’t have the money to just hang out,” and he returned to school.

Hughes stayed with Facebook for a few more years. By 2006, Facebook was fielding acquisition offers from numerous tech companies, including a $1 billion offer from Yahoo. Zuckerberg turned them all down.

As the midterm elections geared up in late 2006, Facebook gave political candidates the ability to set up special profile pages. Hughes was tasked with helping the team supporting Barack Obama’s page. He grew interested in Obama’s politics, and ultimately left Facebook to join his nascent presidential campaign.

Hughes moved to Chicago and became known as the Obama campaign’s “online organizing guru.” He was behind Obama’s wildly successful social network, my.BarackObama.com, through which supporters could find out about events, volunteer, and organize on a local level.

Following his successful stint on Obama’s presidential campaign, Hughes pursued a few different ideas. He briefly served as an entrepreneur in residence at venture capital firm General Catalyst. In 2010, he founded a nonprofit called Jumo, now called Global Giving, which assists people in finding ways to help the world.

Hughes’ next venture, in 2012, was to buy a majority stake in longstanding magazine The New Republic, motivated by an interest in “the future of high-quality long-form journalism.” With Hughes as publisher and editor-in-chief, The New Republic suffered, and many of its writers resigned. After putting $25 million into the magazine, Hughes sold it in 2016.

Nowadays, Hughes serves as the co-chair of the Economic Security Project. The nonprofit advocates for Universal Basic Income, a system in which every citizen under a certain income level in the United States would receive a monthly stipend.

As for Hughes’ personal life: In 2012, Hughes married Sean Eldridge, a political activist and advocate for same-sex marriage, who met in their college years. When the couple got married, they were two of the first Facebook users to adopt the social network’s then-new icons for same-sex marriage.

In an op-ed published in May 2019, Hughes called on the U.S. government to break up Facebook. He warned about the “dangers of Facebook’s monopoly,” and argued that Zuckerberg had prioritized the company’s growth over user privacy, safety, and democratic influence.