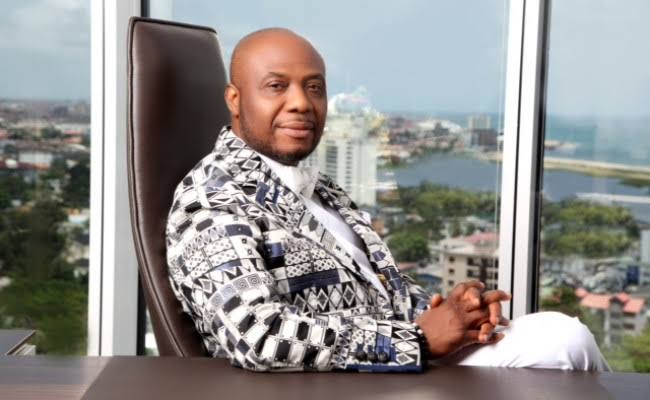 He is indeed a principled and astute business man and manger of resources with a passion for excellence and value creation both in the country and overseas. He has demonstrated tremendous drive and is an achiever of sorts. The case of Dr. Ernest Azudialu Obiejesi.

Interestingly, If you are conversant with Victoria Island you must have passed through an imposing towers, which is one of its kind, sitting on a large expanse of land on Akin Adesola Street in Victoria Island. It is a masterpiece which no other building can compete within that environs. The building is the Nestoil Towers owned by a popular billionaire and Okija true son Dr. Ernest Azudialu Obiejesi.

Popularly known as Obijackson, Ernest Azudialu is the Group Managing Director of the Obijackson Group, the parent company of Nestoil along with its sister companies such as Energy Works Technology Limited, B&Q Dredging Limited, Gobowen Exploration and Production Limited, Century Power Generation Limited and Time Power Global Dynamics Limited. He also sits on the board of directors of several companies including Julius Berger Nigeria Plc and he is also the Chairman of the Board of Nenconde Energy and Smile Communications.

Furthermore, he has received several awards and recognition for his services in the oil and gas industry including the 2011 THISDAY Young Global Champion Award for excellence and good governance. In August 2012, he was awarded an All Africa Business Leaders Award (AABLA) by Forbes, CNBC, and ABN for West African Entrepreneur of the Year, in acknowledgment of his exceptional vision and leadership in building a successful company from the ground up. Also, the Nigerians in Diaspora Organisation Americas also honored Dr. Azudialu-Obiejesi in Washington DC with the Nigerian Business Person of the Year 2012. In 2013, he also received a Nigeria Advancement Award for ‘Oil and Gas Man of the Year.

Conclusively, he is also a philanthropist and has put smiles on the faces of many people especially indigenes of his hometown, Okija village in Anambra State. He has magnanimously transformed his Okija village into a modern city with multi-billion naira worth of infrastructures from building a multi-million naira state-of-the-art medical facility, Obijackson Women and Children’s Hospital (OWCH), to the construction of the St. Peter’s Stadium as a facility for social integration and youth empowerment to several other amenities for the benefit of members of his community.