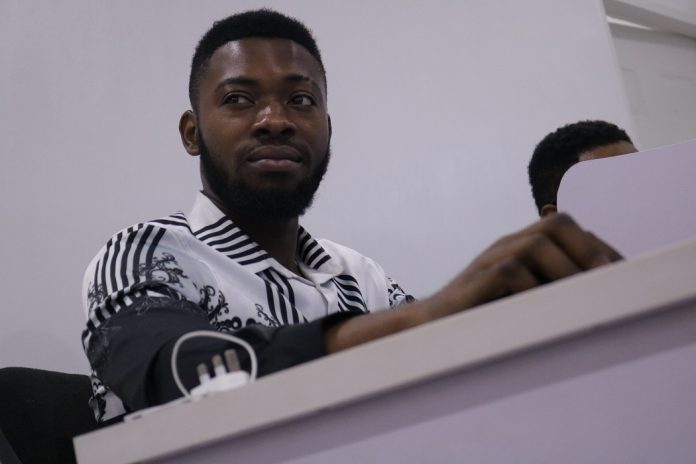 Some are born great, others achieve greatness and some others have greatness instilled in them. Igwe Chrisent Nnamdi is a young Nigerian entrepreneur, born on the 14th of June 1992 at Christ the King Parish, Aba, Abia State to the family of Igwe Dominic of Ndiagu Amagu in Ikwo Local Government, Ebonyi State.

Gudtalent Chrisent grew up as a Christain and had his primary education at Our Lords Nursery and Primary School, Aba and later returned back to Ikwo to complete his first school leaving certificate at Community Primary School, Agubia Ikwo, Ebonyi state in 1998-2004.

He attended Federal Government collage Okposi, Ebonyi state for his SSCE certificate in 2004-2010, from there, he got admission to study Geology and Geophysics in Ebonyi state in 2010-2014.

Being born in a middle-class family, growing up has been fun for GT as most of his business traits are inborn. Right from his childhood, Chrisent will always find one business venture or the other to get into.

While in high school, a dormitory secondary school in Ebonyi state, Gudtalent Chrisent will sell different stuff in school (Including provisions and school items needed by other students to make money), he even repaired student sandals and gets paid in school.

He known to be very friendly and workaholic, his friends named him GUDTALENT while in 200 level in Ebonyi state university before he contested and won the post of Director of Socials NMGS in the university.

Chris was an active student and engaged in various extra curriculum activities that open him up to various industries and vast experiences in doing so many things.

His Mother, Igwe Veronica, a businesswoman have always been his greatest source of inspiration and inspired him to build an empire without expecting anything from anyone.

His last venture before staring internet business was his poultry and honey business which crashed in 2015 and left him stranded and broke, after then, he met with Christain Chucks of Techvaid and Precious Ngwu of Vilinos Inc who inspired him into starting a blog called GTPEDIA.COM.

Chris spent 11 months studying and mastering the secrets behind blogging and online business with GTPEDIA blog and later in January 2017, He started Techliet blog which became a huge success in 2016 and 2017 making him popular among other Nigerian Bloggers. In a quest to train and raise more allies in the business and blogging sphere, Chrisent started Entrepreneur.ng, now www.entorm.com, a business and enterprise blog poised to raise old and young already and aspiring Nigerian entrepreneurs which till date is rated among the top Business and Enterprise blogs in Nigeria.