Meet Issad Rebrab, One of Africa’s Billionaires and Nationalist 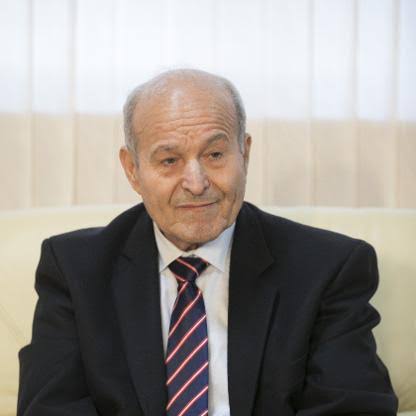 Issad Rebrab is one of the foremost Algerian entrepreneurs, after the country’s independence. He is a man who made up his mind to leave his comfort zone and risk failure all in a bid to seize an opportunity.

He had the determination to succeed. And his drive and willingness to change the course of his life made him one of Africa’s wealthiest men.

Born on the 27th of May, 1944 to the Rebrab family of Taguemount-Azouz in Kabylia, Northern Algeria.  His Muslim family was by no means wealthy but could afford to send him to school where he eventually got a degree in business management and accountancy from a professional teacher’s college in Algeria.

He also earned a degree from the Institute of Management and Planning, Algeria. Then he spent his early twenties teaching accounting and business law courses. But being a teacher was not good enough for him. He had a different goal in mind. His passion for entrepreneurship made him quit teaching to pursue his dreams.

What became Issad Rebrab’s success story began with a calculated risk. During one of his consultations, a patron of his pitched an idea that would change his life. He was advised by this client to buy up shares in a metallurgical company.

In 1971, the former management teacher/accountant took a calculated risk and bought up 20% shares in a steel company named Sotecom. He led his company into acquiring more steel companies, Prifilor in 1975 and the Metal Sider steel company in 1988.

By 1995, Issad Rebrab had become an influential tycoon in Algeria’s metallurgical industry, for he had accomplished what most people with his background could not even envision.

Then in 1998, Rebrab launched the group, Cevital. This group was the vehicle through which he diversified his holdings. He worked hard, made the best decisions he could, and took risks setting up this company. His goal was to create a conglomerate that would dominate Algeria’s markets and beyond, while creating jobs and contributing positively to national economy.

Today, Cevital group is actively involved in agribusiness, steel production, technology, among other business interests. It is the first and largest private conglomerate in Algeria with 26 subsidiaries under four principal sectors. Cevital owns one of the largest sugar refineries in the world and dominates over 60% of Algeria’s sugar market shares. Every year, Cevital sugar refinery produces at least 1.5 million tons of sugar. The group also processes margarine and vegetable oil.

The business tycoon is committed to the promoting an Algeria that is free from oil-dependence and poverty. His companies like MAN Solar Millennium, SIEMENS, ABENGOA solar, HSH Nordbank, and MUNICH Re have contributed to the development of renewable energy sources in Algeria.

Yet, the drive for success for Issad remain as new thus in 2015, he got involved in a 20 billion dollar project called Cap 2015 in Cap Djenet, Boumerdes.  This megaproject focuses on the integration of various industrial sectors including seawater desalination, power generation, and automobile production. In addition, he is at the forefront of the movement to make Algeria welcoming and suitable for private investments and entrepreneurship. He has always been an active participant in moving his country away from its socialist, mono-economic posture.

His other holdings include the Algerian-based Hyundai Motors and a French newspaper, Liberte. Issad Rebrab also added El Khabar media group to his media holdings in a 45 million dollars buyout. El Khabar newspaper is one of Algeria’s top distributed newspapers.  It also owns a printing press, a distribution company, and a television channel. Issad Rebrab also secured a partnership with Samsung. Currently, he is the Samsung’s executive representative in his country. He has an automobile subsidiary, a car rental called Europcar.

From being a former school teacher, Issad Rebrab has gone on to build a fortune worth over $4 billion US dollars, thereby creating thousands of job opportunities in diverse sectors, for his country men and women.