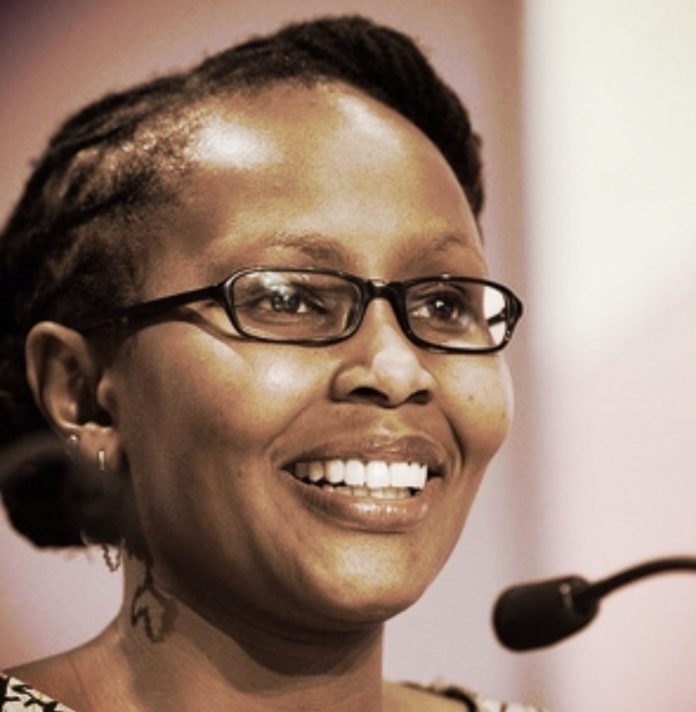 Juliana is Co-founder of BRCK Inc. A hardware company based in Kenya that makes BRCK and other devices.

BRCK is a self-powered mobile WiFi router that has on-board battery and storage, a backup generator for the internet. It provides redundant internet connectivity using wireless or ethernet backhaul. BRCK stands for “rugged internet for people and things”, and it takes its name from its sturdy boxy shape.

Juliana is Co-founder of Ushahidi Inc, a non-profit tech company, born in Africa, which specializes in developing free and open source software for changing how information flows in the world. Ushahidi also acts a catalyst in innovation as part of the Making All Voices Count global challenge for development. She is an internationally sought after keynote speaker as well as strategic advisor to the councils of BASF, Microsoft 4Afrika and Waabeh Ltd.

She is also a trustee of The iHub in Kenya and Bankinter Foundation for Entrepreneurship and Innovation in Spain.

Juliana’s interest and indeed passion for technology started at a young age, whilst still at school where she chaired her high school computer club. After school, she relocated to the United States to study computer science at the University of Missouri. After a successful academic study period, she took a job at US telecommunications operator Sprint in 1999, setting up routers and undertaking other hardcore techie projects, before eventually becoming a coder and project manager in Chicago. As she still wasnt earning a big salary at that point, she supplemented her income by working as a network operations engineer for a small data centre. There she had the best access to the Internet and felt a direct connection with it, something that was to inspire her for years to come.

In 2005, she made a career move to become an Expert Accounts Specialist at Intercall Inc., eventually switching to work for the National Seminars Group (RUCECI) as an Email and Database Specialist. From 2007 to 2008, she worked as a Data Analyst for Hewitt Associates, and after a decade of garnering multi-faceted experience, she finally felt she was ready to take on another major challenge in her career.

Today, Ushahidi is now a non-profit technology and data company. Ushahidi creates platforms which provide services, tools and strategies for crowdsourcing and data flow management. It uniquely focuses its attention on harnessing a vibrant global community of mappers, and an ecosystem of open source experts. Ushahidi demonstrates how free and open source software empowers organizations and communities. It helps them to improve their collection of data, contextualize issues they care about, and create effective information flow of stories and engagement into localized action and change. It is the catalyst for many initiatives and communities in Africa and around the world, providing support to those who are trying to change the world through technology. International relief organisations are using the open source Ushahidi platform in various situations such as the Haiti and Chile earthquakes, the Palestine conflict crisis, Japan’s Earthquake and the Lybian conflict.

Recently, Ushsahidi has developed a new device, the BRCK, which has been billed as a “backup generator for the Internet.” The device, shaped like a brick but not quite that large, is designed to provide both backup power and connectivity along with the sensors needed to serve as a weather station as well as room for future expansion. The idea for BRCK was birthed from an offshoot of Ushahidi; the iHub, a technology co-working space in Nairobi described as “part open community workspace, part vector for investors and VCs, and part incubator.

Today, Ushahidi has a footprint in more than 150 countries with its software. One of the longest-running users of Ushahidi’s platform is LA Bucket Brigade, a Louisiana-based organisation that creates an “eyewitness pollution map” by monitoring pollution levels in the southern US state in the wake of the Deepwater Horizon oil spill in 2010. “The amazing thing about that map is the ongoing involvement of citizens in providing information about a situation,” Rotich says. “It’s not just about saying ‘this sucks’, but rather, ‘this sucks, and this is how and why it sucks’. It’s building an archive and, as a result, a body of evidence.”

Juliana is also concerned about empowering a new generation of young women from Africa to enter the technology field and is actively involved with various initiatives to encourage women to consider careers in technology. These include Akirachix, an initiative headed by Linda Kamal, an Ushahidi developer. The initiative encourages high school girls to look at technology as a potential career path, and runs training classes to show them the options that the tech industry offers, whilst at the same time trying to instil a love for technology in them at an early age.