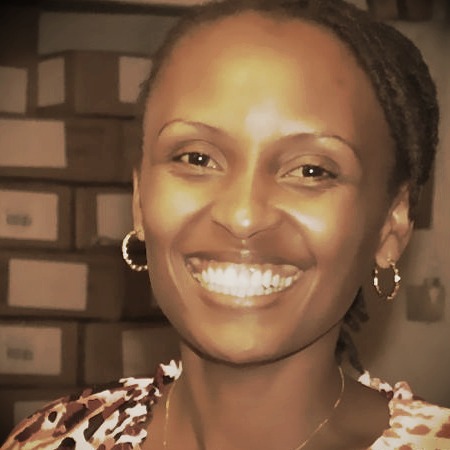 Lydie Hakizimana is co-founder and Managing Director of Drakkar Limited, a reseller and distributor of educational textbooks in Rwanda. For Lydie, it all started back in 2006 when her passion for reading led her to open a small second-hand bookstore.

Before long, her entrepreneurial instincts had her developing relationships with numerous publishing companies, eventually striking a deal with UK publisher, Pearson Education.

Lydie is the chairperson of the Rwanda’s Chamber of Young Entrepreneurs and in 2012 she became a member of the Archbishop Tutu Leadership Fellowship Programme.

Lydie began by selling her own books from a small store in her spare time. She and husband, Tunga Kalisa, had always been avid readers and collected books from their travels.

In 2006, they opened a small used bookstore in Rwanda and started to develop relationships with global publishing companies. She struck a deal with UK publisher’s Pearson Education to resell their textbooks in Rwanda and Burundi. The deal was the making of her company.

Rwanda’s goal is to be a knowledge-based economy, and shortly before her deal with Pearson the Ministry of Education had ordered that primary and secondary education be taught in English rather than French, creating a great demand for English textbooks that still remains. Since that time, Lydie’s initial bookstore has developed into a major business, known as Drakkar Limited.

Now her company is helping to spread English literacy in schools and is building a culture of reading in Rwanda that will benefit generations to come. Drakkar Limited has added exclusive distributor deals with Longman, Heinemann and Penguin to the Pearson contract.

Lydie has an avowed commitment to building up the reading culture in Rwanda, which still remains undeveloped. She hopes to develop libraries in schools and hospitals providing children with free access to books. Drakkar Ltd is also involved in other activities, such as teacher training. Genocide forced her to spend most of her early life outside Rwanda, but as a survivor of that bleak period in the country’s history, she is now firmly committed to the country and sees entrepreneurial opportunities at every turn. She is on a mission to make real change happen through literacy, ensuring the next generation can fulfill its potential.