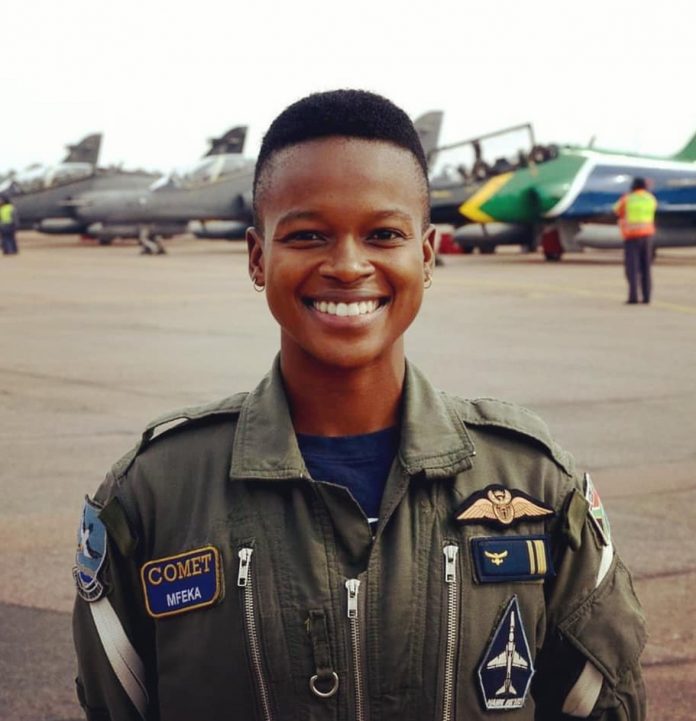 Major Mfeka joined the South African Air Force (SAAF) in 2008, receiving her wings in 2011 after a year at the Central Flying School in Langebaan in the Western Cape.