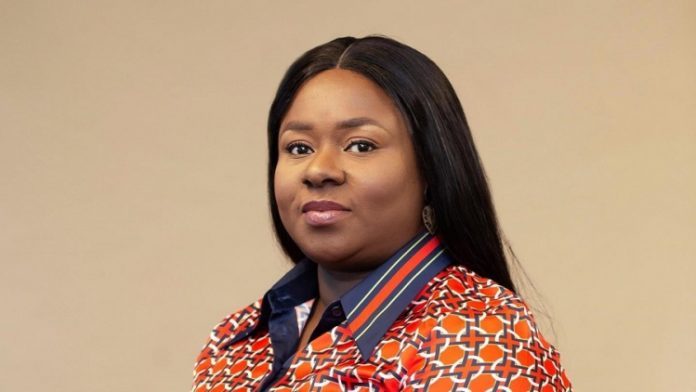 Almost every day, we get to hear of Nigerians achieving great heights in different parts of the world. Whether it is in the areas of entertainment, sports, education, inventions, or politics, Nigerians continue to do the country and indeed the continent proud.

One such individual is Martina Chukwuma-Ezike the first woman of colour to be elected Rector of the University of Aberdeen, Scotland, an ancient position that dates back to the foundation of the University in 1495 and is voted by the students.

With an impeccable track record and a heart for public service and philanthropy, Martina Chukwuma-Ezike was chosen to steer the university that has a community of more than 130 nationalities, toward excellence.

Martina Chukwuma-Ezike was born in Nigeria in 1981, to Nigerian parents from Eastern Nigeria. Before moving to Scotland, the United Kingdom at 27 years old for a Master’s program, she had her foundational education in Nigeria.

Martina did her diploma first at the University of Calabar, Cross River State in Social Works from 1999 to 2001. After finishing her diploma, she started her degree in Sociology in 2002 where she graduated in 2005 with a B.Sc.

After a brief working period in the Nigerian National Petroleum Corporation, she moved to the United Kingdom where she attained an MBA from the University of Aberdeen.

Before moving to the United Kingdom, she worked with the Nigerian National Petroleum Corporation in Nigeria. However, she began her career as a social worker in 1999 the same year she started her diploma. She was responsible for providing mental health services to individuals with high needs.

Her job description allowed her to occupy several management positions where she gained expertise in Budget & Planning, Sales and Marketing.

She also worked in different sectors, ranging from oil & gas, healthcare, social care and automobile, refusing to limit herself to one industry. In the course of her work, she served as an intermediary between hospitals and government on the project “no one left behind”.

While working on the project which received funding from the Federal Government, it was part of her duty to ensure that newly discharged clients had access to vocational training to help them learn vital skills and reintegrate into society.

The funding also covered the cost of purchasing equipment to ensure clients pursuing careers in joinery, tailoring, hair & beauty etc., had access to the needed equipment and ongoing support.

The big leap to charity

Moving to the UK after being diagnosed with asthma made her struggle harder with the condition and surviving it became even more important. She had several asthma attacks and was diagnosed with Brittle asthma, a severe case of asthma which made it very difficult for her to study.

In the search for help and a solution, she organized a meeting with Neil Churchill, the chief executive of Charity Asthma UK at the time, and insisted a service was desperately needed up in Aberdeen.

In 2009, Martina founded the Asthma and Allergy Foundation, Scotland’s only dedicated asthma charity. The charity set up the first Asthma Support Centre in the UK in order to provide support services for people with asthma and allergies in the northeast of Scotland.

The foundation was granted charity status on November 17, 2011, and has helped people living with asthma across the country to manage their symptoms.

After graduating, Martina developed her university link into mentoring, career advice and providing volunteering opportunities for young people – including medical students who were working directly with asthmatic people.

On 19th November 2021, she was elected by students as the university Rector. On March 28th she became the first black Rector of the University of Aberdeen, an ancient position that dates back to the foundation of the University in 1495 and is determined by the voting of students.

This is a position that has previously been occupied by several nobles names that have made strong impacts in their fields. Former Rectors of the University of Aberdeen include Sir Winston Churchill, Philanthropist, Andrew Carnegie, and television presenter, Clarissa Dickson Wright.

She is a supporter of women in business and an active mentor of business owners across the UK. She is also a fellow of The Royal Society for Arts, Manufacturing, and Commerce, received based on the tremendous work she did to support the 5.4 million people living with asthma across the UK during the COVID-19 pandemic.

She is married to Uchenna Chukwuma-Ezike, a chemist and a chartered scientist who hails from Anambra State, Nigeria.