Meet Mitchell Elegbe, CEO Of Interswitch, A Company Changing The Face Of Electronic Payments In Nigeria 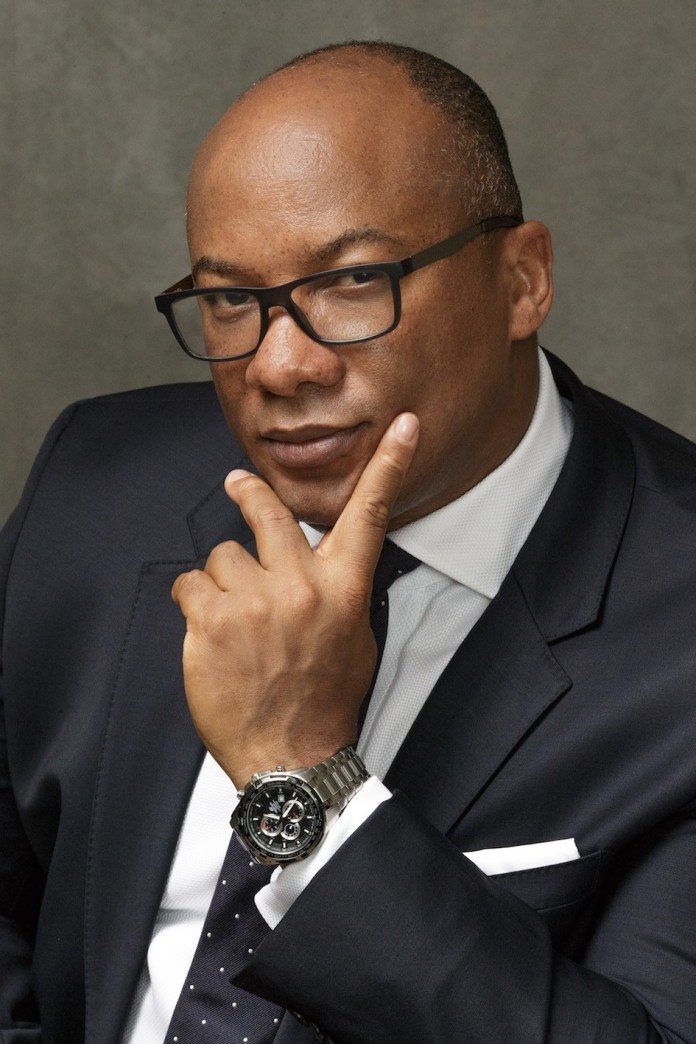 Mitchell Elegbe is the Managing Director/Chief Executive Officer of Interswitch, an African-focused integrated payment processing company. He is an enterprising businessman, an engineer, a philanthropist and a recipient of various awards across Africa.

Mitchell Elegbe is a graduate of Electrical Engineering from the University of Benin, Edo State (UNIBEN). He is an alumnus of the Global CEO Program organized by IESE Business School, The Wharton School and China Europe International Business School (CEIBS) for senior executives of organisations.

Mitchell lost his father when he was still in his mother’s womb. His uncle took care of him and nurtured him from childhood. Mr Elegbe is married to Mrs Mercy Elegbe and they are blessed with three children.

After his service year, he got a job at Telnet, an ICT engineering and consulting company as a business developer. He then moved to Schlumberger Wire line & Testing in Scotland as a Field Engineer.

It was at Scotland that he had his first experience with an automated teller machine (ATM). The machine seized his card and he felt really embarrassed about the situation.

At this time, there were no ATM machines in Nigeria. Mitchell thought that it will be nice to have an automated teller machine (ATM) available in Nigeria to solve the problem of the brick and mortar tiring financial transaction system. He conceived an idea to develop a payment system that would make the electronic payment a reality in Nigeria.

On Mitchell’s return to Nigeria, Telnet telecommunications reemployed him. He pitched his electronic payment idea to his boss who was receptive of the idea and commissioned him to execute it, but the processes did not go as planned.

Determined not to give up, Mitchell started selling the software for switching but most existing players he sold to were not interested. This challenge gave birth to Interswitch so he could meet his target.

As an entrepreneur trying to birth an idea that will change the world, you will face challenges. It does not matter how many “NOs” you get, keep at it and your breakthrough will surely come just like it came for Mitchell Elegbe.

He did not give up and in 2002 Interswitch was birthed. With support from Accenture, he and his team were able to raise funds to set up Interswitch. Another challenge of finding the right CEO came up. He was encouraged by colleagues to lead Interswitch as the CEO and in 2010, Helios also invested in the company.

The name ‘Interswitch’ was coined from international, interconnect, interactive and then “The switch”. The goal is to ease the burden of money transfer, cash deposits and cash withdrawals in Africa.

Interswitch builds and manages payment infrastructure as well as deliver innovative payment products and transactional services throughout the African continent.

Today, Interswitch has succeeded in changing the face of electronic payments in Nigeria. As at 2016, the company had over three million users on its Quickteller platform. Interswitch has also been strategic about their growth and expansion into other African countries by acquiring companies that fit into their future expansion goals.

Interswitch has largely invested in skills and technology as it embraced proven global techniques and combined them with the realities of the indigenous environment to create the best electronic payment solution.

Research has it that Mitchell Elegbe’s Interswitch net worth is over $26 billion.