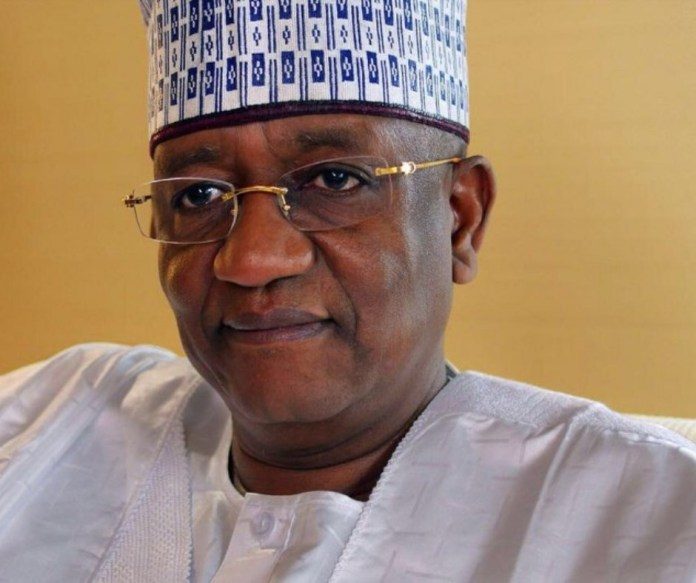 Alhaji Mohammed Indimi is a Nigeria based oil mogul, entrepreneur and philanthropist. He is the founder and chairman of Oriental Energy Resources Limited, a privately owned oil exploration and production company.

Even though he had a deprived childhood, he worked hard to become one of the most successful businessmen in Africa. His philanthropic gestures cannot go unnoticed; it has earned him numerous awards and honorary doctorate degrees from notable Universities in Nigeria, Ireland and the United States.

Mohammed Indimi was born into Alhaji Kurundu family on the 12th of August, 1947 in the Northern part of Nigeria. He grew up in Maiduguri, Borno State with his parents. His father, Alhaji Mamman Kurundu was a renowned hides and skins trader who sort animal skins from villages around Maiduguri.

Unlike most successful Nigerians, Young Mohammed Indimi was denied formal education because his father could barely afford it. According to him in Premium Times, “…as an unlettered person by western standards, I still supervise people with masters and PhDs who are working in my organisation. No teacher of western education can say he or she had taught me how to pronounce the alphabet ‘A’ in my life.”

Mohammed Indimi has eight children including Ahmed Indimi who is the husband of Zahra Buhari, one of the daughters of the current president of Nigeria, Muhammadu Buhari.

According to Forbes.com, Muhammadu Indimi’s net worth as of 2015 was $500 million where he ranked 39th richest man in Africa.

At a very young age, Mohammed Indimi worked with his father in trading animal hides and skins. In 1963, when he has mastered the trade, he became independent and started his own business. Young Indimi managed his business so well that it earned him a good reputation among other big traders in the region.

As time went on, he expanded his business activities into the selling of clothes; this was during the period of the Biafra war. As such, getting goods into the Northern part of Nigeria was hard, industrious Indimi devised new means by crossing the Cameroon border to buy ready-made clothes to sell.

Interestingly, While still in the water pump business, the astute businessman expanded his business portfolio into the oil and gas industry. He established an offshore oil exploration and production company named Oriental Energy Resources in 1990.

Furthermore, In September of that year, Indimi was awarded an oil prospecting license by the then Nigerian president; General Ibrahim Babangida. This license was for his oil company to acquire a minimum of up to 1000 km of seismic data and to drill at least three exploratory wells. Today, Oriental Energy has expanded its portfolio and currently has three assets under development in offshore Nigeria. These include Ebok Field (OML 67), Okwok Field (OML 67) and OML 115.

According to the company’s website, Oriental Energy is currently producing an average 19,000 barrels of oil per day from 27 producer’s well. From inception to date, the company has produced over 60 MMbbls.

Today, Mohammed Indimi is a well-known humanitarian whose philanthropic activities cuts across education, health, housing and social welfare. He launched the Muhammadu Indimi foundation (MIF) to lift individuals and families in Northern Nigeria out of hunger, illiteracy and poverty. In 2016, his foundation sponsored some northern students, mostly Borno indigenes, to study at the International African University of Sudan.

Also, the MIF has greatly empowered and supported people affected by the Boko Haram crisis in the North East. They built a 100-unit N600 million housing estate, provided food, clothing, schools and clinics for the Internally Displaced Persons (IDPs) by the Boko Haram Insurgency in Borno State.

Apart from his humanitarian gestures in the Northern state, Indimi donated a multi-million-dollar International Business Centre to Lynn University in the USA, which was named after him. Through his company and foundation, he built a 100 unit N700 million modern residential estate in Enwang, awarded over 470 scholarships in Akwa Ibom State and created a sponsorship program for University of Uyo’s Department of Petroleum and Chemical Engineering.

Mohammed Indimi serves as the Chairman of M & W Pump Nigeria Limited; which partnered with MWI Corp of Deerfield Beach, Florida. He sits on the board of several companies including Jaiz Bank, Arab Contractors O.A.O Nigeria Limited and the International African University of Sudan.