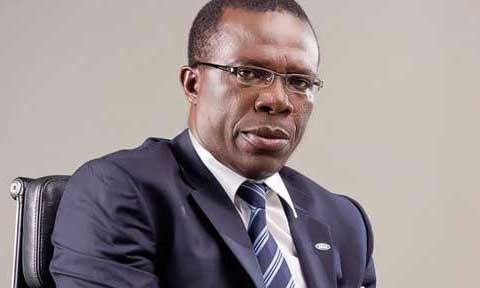 Cosmas Maduka is a Nigerian billionaire businessman and philanthropist, the Founder, President, and Chairman of the Coscharis Group, an indigenous conglomerate that deals in Manufacturing Petrochemical, ICT, Auto care, and Auto Components, Automobile Sales and Services, Agricultural and agro-allied products. He is the sole distributor of BMW in Nigeria together with other luxury cars like ford, Range Rover, and Jaguar.

He is one of the few Nigerian billionaires who started from scratch.

Maduka was born on December 24, 1958, to the family of Mr. Peter and Mrs. Rose Maduka in the City of Jos, Plateau state but originally hails from Nnewi, in Anambra state. He didn’t have a rosy childhood because his family was poor and at the tender age of 7, he dropped out of primary school to start helping his mother hawk akara in other to support the family.

Maduka ventured into business at the age of 17 after he fell out with his boss from whom he was learning automobile spare parts trade. He was given the sum of 200 Naira to part with. It was with this money he started his first company CosDave with his friend Dave dealing in the sale of spare parts. Though the business failed quite early, he went ahead and founded CosCharis with the sum of 300 Naira which dealt majorly with the sales of automobile spare parts. His major business breakthrough came in 1982 when the Nigerian government granted his company and 9 other vehicle import licenses. His company Coscharis group is now a Conglomerate with many subsidiaries and a net worth of over $500million and is the sole distributor of the luxury brand car BMW in Nigeria. He is undoubtedly one of the richest men in Nigeria.

See also: Sijibomi Ogundele a former Agege boy Who is now one of Nigeria’s youngest Billionaires.

Cosmos Maduka received an Honorary Doctorate of Business Administration (Ph.D.) University of Nigeria, Nsukka and was among the few persons honored by President Goodluck Jonathan with the National Honours of the Commander of the Order of Nigeria (CON) in 2012.

The New Infinix S4 is designed with a 32 Megapixel Camera

Code for Africa, Africa Practice and iHub have launched Takwimu