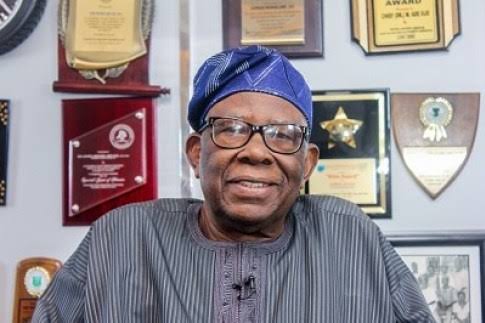 It’s a great thing to dream, as long as when you are awake, and your daily activities are tied around achieving your goals. As Billionaires are made everyday, what’s more intriguing, are the few who grow multi-billion Dollars conglomerate from practically nothing.

Such is the case of Nigerian Billionaire Michael Ade-Ojo, the founder and CEO of the Elizade Group of companies.

Michael was born in Nigeria on June 14, 1938 to two modest parents. At a very young age, he became a street vendor, and started selling charcoal, food, & firewood to help make ends meet.

Although born in a time when there was little to no financial aid for the less privileged, and parents believed a lot lesser in education, he still successfully made it through high school, and later got a degree in Business Administration from the university.

After his graduation, he joined the work force at CFAO motors; a French distribution company. This same company had paid the tuition for his last two years in the university.

Furthermore, following a clash with the manager he left the company. He then moved on, and got a job at British Petroleum (BP). Within three months of his employment, he increased the sales of his local division greatly. Unfortunately, there was tension between him and his manager due to his over performance.

Interestingly, in 1971, he started the company, Elizade Independent Agencies (EIA), with his wife, Elizabeth Wuraola Ojo. The name Elizade, was derived from both his wife’s name, Elizabeth, and his name, Ade. His company focused on the distribution of automobiles in Nigeria, especially Japanese cars.

Conclusively, the story of Micheal Ade-Ojo is one of impeccable success. It shows an individual who not only mastered his craft, but also knows when and how to take advantage of opportunities before others start to notice. Indeed, he started small, but most importantly, he started right!