HomeBillionairesThis is Africa's Richest Woman; Folorunsho Alakija, Worth Over $2.1 Billion US...
BillionairesFeatured

This is Africa’s Richest Woman; Folorunsho Alakija, Worth Over $2.1 Billion US Dollars. 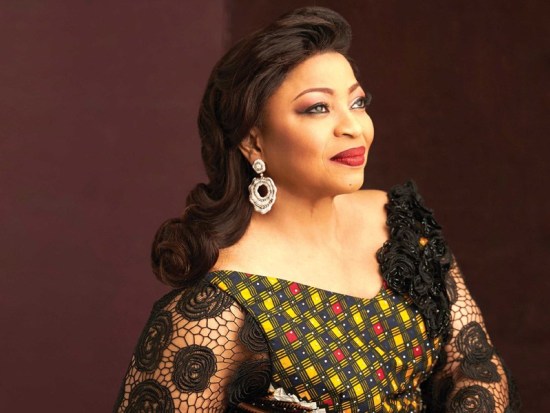 African success stories follow the same pattern in which people who started with nothing more than a great idea and will to succeed, end up building larger than life empire, transforming to game changers, industrialists and billionaires. This is the story of Folorunsho Alakija, one of Africa’s richest women.

While many Africans migrate to seek better opportunities outside of Africa, some saw opportunities here, all the potentials and possibilities that can be realized in Africa. Thereby through uncommon faith and grit, doggedness and hard work, they have changed the narrative in many ways, positively influencing the economic and social lives of thousands of people within and outside their nations.

The second wealthiest woman in Africa, Folorunsho Alakija, is a woman of many positive parts whose business empire has stake in fashion, print, real estate and oil & gas. Each area of business interest has established nationwide and intercontinental outlook; a testament to her resilience and strong character, which has earned her admiration around the world.

On the 15th of July 1951, Folorunsho Alakija was born into the Ogbara family of Ikorodu, Lagos state, Nigeria. She is the eighth child of her father and her mother’s second child.

Alakija was raised in a Muslim polygamous home, surrounded by 52 siblings and seven stepmothers. Back in the days, the Ogbaras, late Chief Ogbara and his wives, were involved in the textile industry.

Whenever Folorunsho was home for the holidays, she would wake up very early and head to her mother’s fashion shop. This was where and when her love for fashion took off. At a young age, she could combine colours excellently and creatively design fabrics of any type. Growing up in an entrepreneurial home informed Folorunsho Alakija’s passion for entrepreneurship.

Under the informal tutelage of her parents, she learned how to manage a business and make it successful through great work ethics.

Folorunsho Alakija and her siblings were taught to open up the shops early, handle customers properly, and also manage the business’ finances. Her mother, though uneducated, was a smart businesswoman who kept working hard even in old age, even after her daughter has amassed great wealth.

For her primary school education, Folorunsho Alakija attended the Dinorben School for Girls at Hafodunos Hall, Wales.  After that, she returned to Nigeria for her secondary school education at the Muslim High school in Sagamu, Ogun state.

At first, Folorunsho Alakija’s wish was to study law, but at that time, very few fathers were willing to fund their female child’s university education. Most Nigerian parents believed that educating girls is not a top priority, since they would get married and become another man’s property. Sadly, Folorunsho Alakija’s father was one of them. And so, she had to find other ways to become financially independent.

In 1986, after she got her degrees, Folorunsho Alakija returned to Nigeria to set up her business; Supreme Stitches. That enterprise was unlike any other tailoring business. It was the start of a mega fashion brand that ladies in Nigeria and across Africa would strive to wear.

She recognized the need for a fashionable, yet wholly Nigerian/African look and took full advantage of the opportunity. Just as the business started out, Folorunsho Alakija joined a fashion design competition. Her designs were so unique and creative that she won the contest and instantly became a sensation.

Folorunsho Alakija built a fortune from designing and making high-end clothes for wealthy and successful women in the society. One of her clients was the former first lady, Maryam Babangida. Supreme Stitches grew into a fashion powerhouse, influencing and reshaping the Nigerian outlook on female fashion and fashion in general. In a short time, the business turned into a national franchise with women of different backgrounds and social classes wearing her brand. It got a point when local textile producers could no longer meet the level of demand. From what she realized, producing high-quality fabrics would mean travelling to Taiwan. Although they had the right amount of textile machines, Folorunsho Alakija was smart enough to know that the costs would cut into her profits.

Folorunsho Alakija holds six honorary degrees and a fellowship at Yaba College of Technology. She became the first female Chancellor in Osun State University and Nigeria’s first female chancellor on the 9th of March, 2016.  She is one of the Lagos Business School Alumnus and member of the Commonwealth and Investment Council Advisory Board. She is on the Advisory board of the Center for African Studies at Harvard University.

In 2014 and 2015, she made it to Forbes’ list of Most Powerful Women in the World. In the July 2013 inauguration of the National Heritage Council and Endowment for the Arts, Folorunsho Alakija was appointed Vice Chairman of the Committee. Recognized as one of the champions of African Entrepreneurship, she was named Chief Matron of the Africa’s Young Entrepreneurs (AYE).

She is an acclaimed public speaker, writer, and has also authored several inspirational books. Her dedication to the Nigerian fashion industry earned her the presidential seat at the Fashion Designers Association of Nigerian. And after serving two terms, she is now a lifelong Trustee of the association. In 2014, she was named the richest woman from an African descent, a position that was previously occupied by Opera Winfrey.

The fashion icon’s leap into the oil and gas sector was an unprecedented move. Her connections to clients with political clout gave her the opening she needed to get started.

Interestingly, the oil baroness previously had little plans to go into the oil and gas industry. The idea and opportunity came about when a friend of hers asked her to make inquiries about the crude oil lifting business on her behalf. However, the minister she spoke to was more interested in people who would invest in Nigeria’s petroleum industry. Her friend wasn’t interested in oil production, but Alakija saw its potential.  In May 1993, Alakija’s new company, Famfa Oil Limited applied for the allocation of oil prospecting license (OPL).

Folorunsho Alakija’s success story would not be complete without an account of her tremendous impact on the society. Her desire to help people, to meet the needs of others, and to see people succeed inspired her to create the Rose of Sharon Foundation. She founded the NGO with the aim of empowering women, specifically widows, orphans, and children.

Folorunsho Alakija’s success story is a tale of hard work, persistence, courage and the will to break through barriers. She not only created over $2 billion worth enterprises, but has crafted a legacy that will last for generations. Ms. Alakija has succeeded in building her empire and enjoys a highly successful marriage, blessed with kids who are now grown. Notwithstanding, she is still fully active in the business world, she is involved in the management and strategic planning of her oil and real estate companies; Famfa Limited and Dayspring Property Development Company Limited. The 67-year-old Mogul is the Group Managing Director of the Rose of Sharon Group and also committed to her Christian faith based programmes and projects, with tens of millions in sponsorship.

She is a living proof that success is not limited by gender, age, nationality or financial background. Success truly is the courage to own a dream and live it.