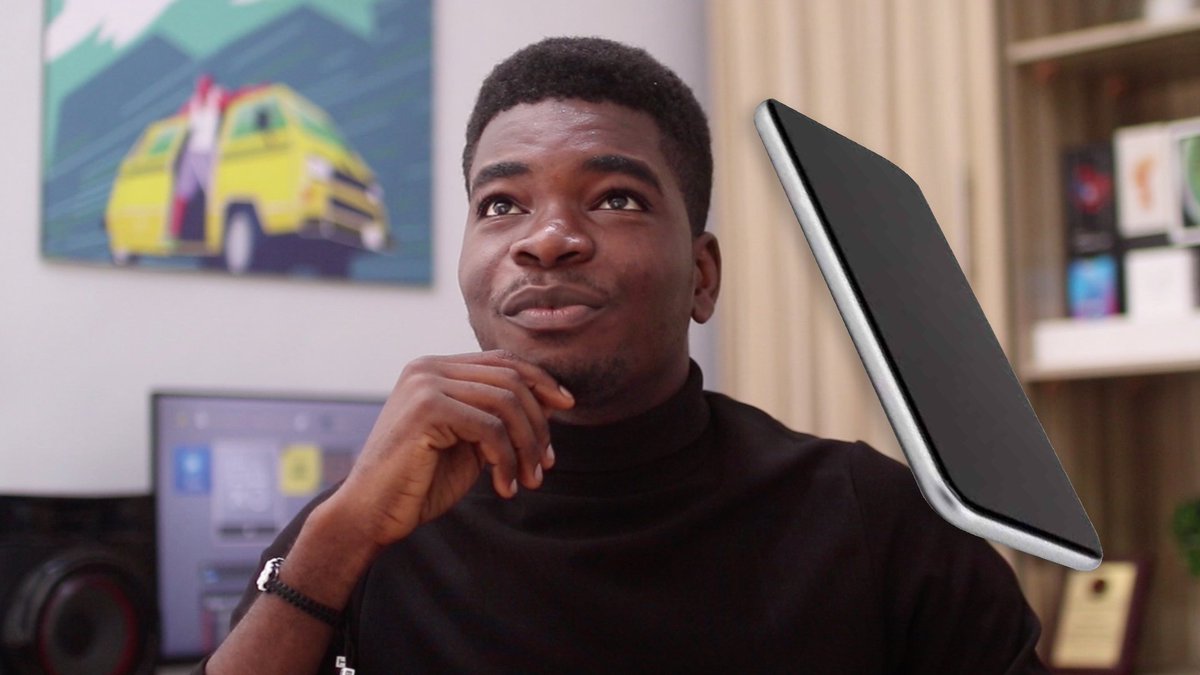 Fisayo Fosudo is a Nigerian YouTuber, in this article, he narrates how it all started and what he did to make a difference in his finance

From creating his first video in an Uber car to making over N800, 000 from 15 brands monthly. Mymediaafrica.com reports.

Firstly, he took an Uber ride,  filmed a conversation with the driver, and published the video on YouTube.

“I had no idea if I was doing the right thing, if this thing was going to pay off or if I just wasted all my money for nothing,” he remembers.

Fisayo revealed all in a chat with popular tech platform, Techcabal

The 23-year-old economics graduate started off from being a self-taught freelance graphic designer to doing brand development for MAX.ng, one of Nigeria’s earliest logistics startups, and now making tech videos on YouTube for a living.

As one of a handful of Nigerian YouTubers making tech-focused content on YouTube, Fisayo credits his introduction to technology to his maternal uncle.

“Back then, we lived at my grandma’s in Ajegunle and anytime my uncle came around I remember he’d always have the latest Apple gadget,” Fisayo recalls. “He was–and still is–obsessed with Apple products and use to let me play with them.”

Much like his uncle, Fisayo also has an affinity for Apple products, except the Apple Watch, of which he says he’s not a fan. What he is a fan of, and spends a lot of his free time on, is binge-watching Netflix shows, listening to house music (he’s obsessed with electronic dance music DJ MAR+IN GARRI×), and playing video games.

Apart from his uncle, Fisayo said his “incubation” at MAX was the most instrumental to getting him to where he is now. “I learned so much at MAX, you can’t even imagine. They really helped me grow and develop,” he said.

“When I had free time between doing my national service in Ogun State and working at MAX, I decided to try my hands at video and there is no better platform to start out on than YouTube. After that first video, I just made stuff from time to time with gadgets I could find but there wasn’t any consistency.”

It wasn’t until March 2017 that Fisayo’s YouTube journey properly began. His earlier videos were weeks apart and there wasn’t any consistency in his content–something that is crucial for success, or at least growth, in the YouTube universe. Up until that point, he made tech videos using gadgets and devices he owned personally. But he didn’t think this was the most sustainable way to grow.

“I sent a DM on Twitter to Tecno’s marketing manager at the time, Jesse Oguntimehin, asking if they could give me a device to review and included my ‘What to expect’ video. He was like ‘Cool, come pick up the device.’ I was so happy. When I published the video, it just blew up!” he shares, still perplexed by Oguntimehin’s response.

When he started, Fisayo had no idea how he was going to make money on YouTube. He wasn’t even sure he could make money. Being a YouTube creator is not only hard work, but it’s also not very financially rewarding if you’re broadcasting from Nigeria. The larger portion of your direct earnings doesn’t come from YouTube.

“I started doing this because I wanted to do something different. It wasn’t about money,” Fisayo all added; “I have about $800 in lifetime earnings but I can’t access it. The bulk of the money doesn’t come from YouTube, it comes from the brands that we work with creating content for an audience.”

In 2018, Fisayo worked with 18 different brands and while he won’t share specifics on how much the brands pay him, other YouTubers have confirmed they charge between N150-N200K (about $415-550 USD) on average for videos. At N200K per video, a YouTuber that creates four brand-sponsored videos in a month will make N800K. That’s a lot more money than they can earn directly from YouTube.

YouTube’s complex ad generation model and publisher CPM (cost per mille–mille is Latin for thousand) formula is influenced by many factors from location to location. The CPM is the amount of money advertisers pay each time their ad reaches a thousand views. So if a CPM is $1 then it means $1 will be paid for every 1,000 advertisement impressions generated, but there could be fluctuations from month to month.

Meet a Boy who Started Learning How to fly a Plane at 7, He Has Flown 3 Times as Trainee on a Cessna 172

Pursuing passion in technology: The journey of a female tech entrepreneur

10 Successful Female Entrepreneurs in Nigeria and What They Do

Google To Empower Women, Girls In Africa With $25m