Meet Pok Wong, a graduate who sued her university and later got £60k Settlement 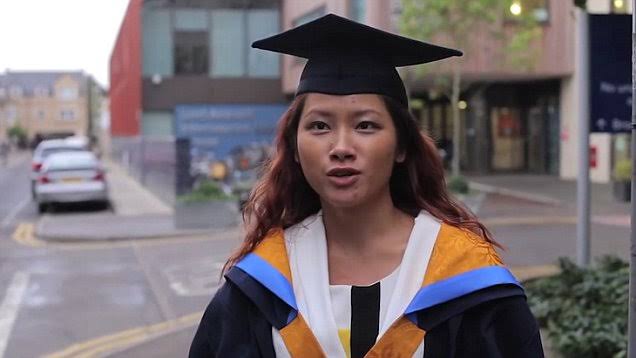 Pok Wong Is a graduate of a UK university – Anglia Ruskin University, she has received a £60,000 out-of-court settlement after she sued her university over her “Mickey Mouse” degree.

According to a BBC report, Pok Wong graduated with a first in international business strategy from the university in 2013 but claimed the school “exaggerated the prospects of a career,” hence filing a suit for false advertising.

Wong said claims made in the university’s prospectus were untrue.

She told the BBC in 2018: “They think we’re international students [and] we come here to pay our money for a piece of paper, for the degree. But actually we care about the quality, we care about how much we could learn. They exaggerated the prospects of a career studying with them, and also they exaggerate how connected they are.”

A spokesperson for the university said that they did not support the settlement, revealing that it was agreed with their insurer’s solicitors.

The County Court of Central London had ruled in favour of the university in 2018 and ordered Wong to pay £13,700 of Anglia Ruskin’s legal costs.

However, the university’s insurers wrote to Wong and offered to settle her £15,000 claim and also her legal costs.

Wong’s litigation “has been rejected numerous times and has never been upheld,” a spokesperson of the university said, adding that the school did not support their insurer’s decision.

“We consider that they acted negligently and against the university’s interests,” the spokesperson added.