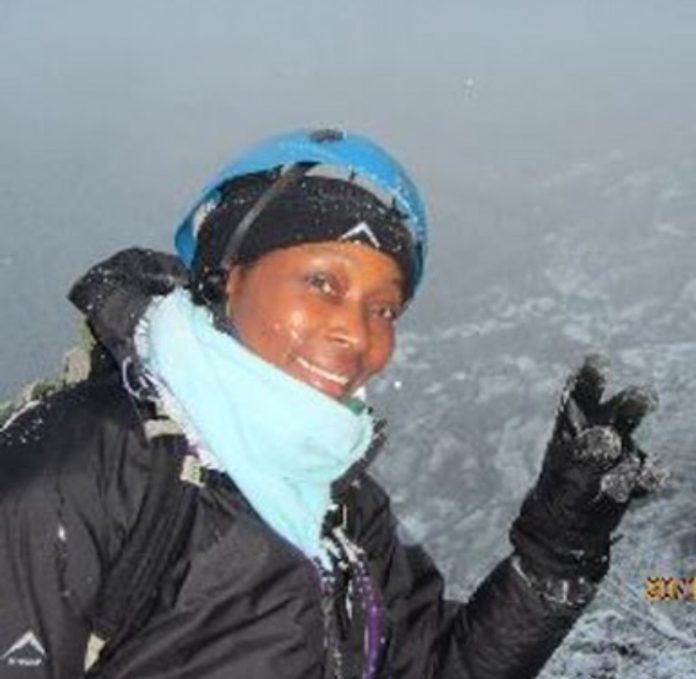 Khumalo’s first attempt was back in 2012. Climbing initiative, Summits with a Purpose, shared details on Facebook writing, “In 2012, Saray summited Mount Kilimanjaro and in the process, raised funds for the Lunchbox Fund. The mountaineering passion took hold and she embarked on a journey to climb the highest peak on each continent, not for herself but the education of African children.”

She tried Mount Everest again in 2014 and 2015 but failed because of an earthquake in Nepal and an avalanche. She got close to reaching the summit of the mountain in May 2017 but got injured during inclement weather. She had to be rescued by a helicopter.

While trying to get the top of the world’s top mountain, Khumalo climbed Mount Kilimanjaro in Tanzania, Mera Peak in Nepal and Mount Elbrus traverse in southern Russia.

Despite these victories, she refused to let go off her desire to scale this particular mountain. Writing about her dream to conquer this mountain, she said, “My dream is to go higher and go further for as long as I breathe. To pave a way for my children and other ordinary people, so we may realise and accept that ordinary people like us can achieve extraordinary heights.

“To not think too much about the difficulties on the way but keep focused on the end goal and to take their hand, motivate them to realise that they too may dream the impossible dream.”

Khumalo has also been vocal about wanting to prove that African women are just as capable of climbing Everest.

She decided to try again in 2019 and finally succeeded. She has dedicated her historic climb to African children urging them to “reach their own individual Everest”.