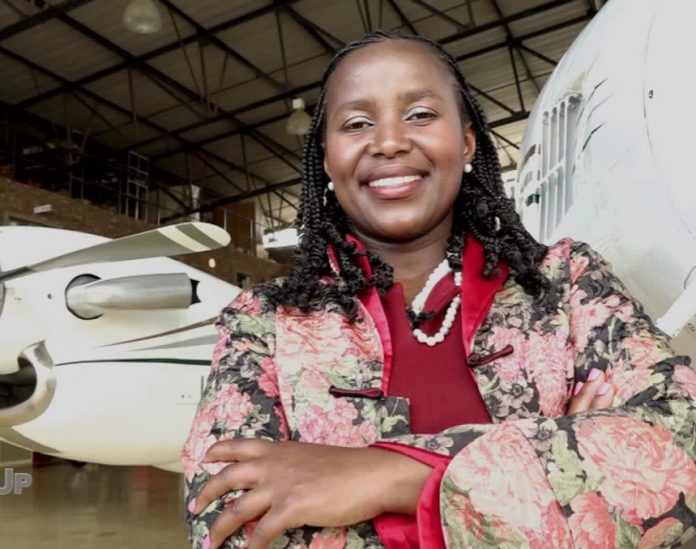 Launched in 2004, SRS is an integrated provider of private aviation services offering South African and international clients professional and personalized flight options including VIP Charter, tourist charter and helicopter services, to destinations around the world.

Sibongile’s pioneering entrepreneurial spirit has earned her a string of accolades and awards. She is also is passionate about mentoring young women, helping them become pilots, leaders and entrepreneurs.

Born in 1974 in Bushbuckridge, Mpumalanga, South Africa, Sibongile Sambo showed an interest in aircraft from an early age, watching planes flying overhead and wondering one day if she would fly in those planes herself to different countries, meeting different people. Although her early career took her into the human resources environment, with companies such as De Beers and City Power, her dream of being involved in the aviation sector never left her.

In 2003, with the South African government passing Black Economic Empowerment Act enabling people from previously disadvantaged backgrounds to enter and participate in economic life as entrepreneurs, Sibongile saw an opportunity to fulfill her aviation dreams. However, having no prior experience in the sector, nor the capital to purchase an aircraft, this posed an initial challenge, but not one that would deter Sibongile from realizing her dreams.

Sibongile’s first taste of success in the aviation sector came as a result of the winning of a tender issued by the South African government for aviation firms to bid on a contract for cargo transport. Her company, SRS Aviation was part of a joint venture with another firm. Although this collaborative project offered a golden opportunity to enter the industry, the other company soon withdrew, leaving Sambo to learn the contracting process on her own

In 2006, following an inspection of her company’s infrastructure by the CAA, which satisfied itself that SRS Aviation had safe and airworthy aircraft among other requirements, her company was issued with a formal Air Operating Certificate, making her company the first black operational enterprise in South Africa to be given full rights to undertake commercial flying activities. Six years later in June 2010, SRS Aviation opened its first shop at one of South Africa’s city airports and since then has opened a chain of retail shops across the country’s airport network.

Over the years, Sibongile has built a reputation for identifying new opportunities and maximizing them for the benefit of her business. Her ability to network has also helped her to become a successful entrepreneur in the highly competitive South African aviation industry.

Aside from being an entrepreneur, Sambo doubles as a Motivational Speaker. She mentors youngsters, as well as other business men and women in Africa, whilst generating much needed job opportunities and empowering women from previously disadvantaged backgrounds.