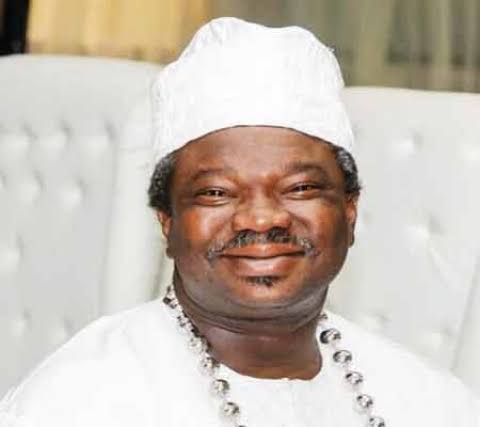 Two years ago, a property merchant who certainly has all the comforts of life at his beck and call, stun the country and the world at large with a wonder edifice mansion of 16 rooms modelled after the ancient Bastille Palace in Paris.

The multi-billion Naira structure is indeed breathtaking and looks like a home meant for fairytale princesses and their princes. The 12 million dollars valued property named Palacio de Okeowo is said to be biggest mansion built in highbrow Parkview Estate located in Ikoyi, Lagos.

Being a Knight of the John Wesley Anglican Church, he is the Chief Executive Officer of the popular construction and Real Estate Brand, Gilbratar Constructions Nigeria.

Popularly regarded as the King of Luxury, he is indeed a lover of exquisite luxurious things ranging from fabrics, cars, constrictions, to mention but a few. A look into his garage affirms to the aforesaid, as fleets of Rolls Royce (4 Phantoms and 2 Ghosts), Bentley (1 Mulsanne and 1 Continental GT) Mercedes G-Wagon, Range Rover, Cadillac Escalade, to mention but a few meets the eyes.

Interestingly, it is believed that Sir Olu Okeowo is another perfect example of the late Dehinde Antonio Fernandez in terms of taste for luxury.

In addition, in his own capacity he has shown commitments in recreating a better society through his impacts on humanity. Having a soft spot for the advancement of humanity, he is always quick to influence and give back to the society. That’s why most people describe him as the King of Luxury who is generous to a fault.