Meet the 3 richest families in Nigeria 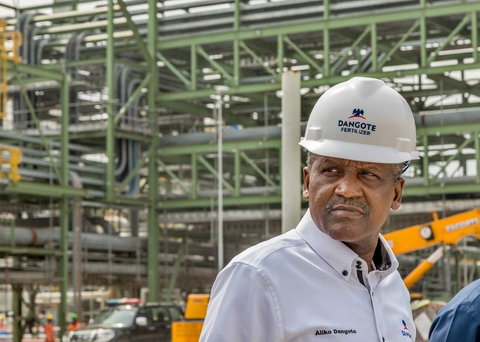 Of these 13, there are four people from Nigeria. They are Aliko Dangote, Mike Adenuga, Abdulsamad Rabiu and Folorunsho Alakija. Together, they have some of the wealthiest families in the country.

Here are the three richest families in Nigeria:

Aliko Dangote, who is the chairman of Dangote Group is worth $10.4 billion. This makes him Africa’s richest man as well as the wealthiest person in the country. It also makes his families one of the richest in Nigeria.

It all started with Chief Al-Hassan Dantata, a Northerner who traded in kola nuts and ground nuts. He also distributed European goods. By the time he died, he was one of the wealthiest men in West Africa. His family has produced many of the most successful businessmen in the country including Mamuda Dantata, Mudi Dantata and now, Aliko Dangote.

He founded and chairs Dangote Cement, the continent’s largest cement producer. He has a daughter named Halima Aliko Dangote, who is the 3rd in line of command as the Group Executive Director. His other daughter, Mariya Dangote, is reportedly one of the top managers in Dangote Group.

Michael Adeniyi Agbolade Ishola Adenuga Jr, GCON is the second-richest person in the country. Forbes estimates his fortune to be worth $9.1 billion as of 2019.

His company Globacom is one of the largest telecom operators in Nigeria. He owns stakes in the Equatorial Trust Bank and the oil exploration firm Conoil (formerly Consolidated Oil Company).

Adenuga’s daughter, Belinda, fondly called Bella, resumed at Globacom as a sales executive in 2004. She has since risen to the position of a group executive director.

Rabiu is the son of the late Khalifah Isyaku Rabiu, who was one of Nigeria’s foremost industrialists in the 1970s and 1980s. After inherited land from his father, he started building his empire by importing iron, steel and chemicals in 1988.

Abdulsamad, who is currently worth $1.5B, eventually founded the BUA Group, a Nigerian conglomerate active in cement production, sugar refining and real estate.

His brother, Kabiru Rabiu, is the Group Executive Director of the company. He joined the family business in 2002 after working as an Assistant General Manager of Nigerian Oil Mills based in Kano state.

He is responsible for overseeing the company’s strategy, operations and growth.