Meet The Guilt-Ridden Oil Billionaire Trying To Save The Planet 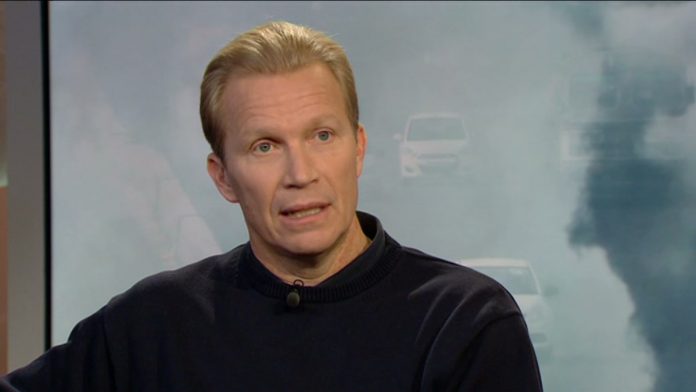 Mika Anttonen amassed a $1.4 billion fortune in the dirty business of oil and gas. Now he’s railing against the very industry that made him rich. But he hasn’t stopped refining.

As the Finnish wind thrashes outside, Mika Anttonen disrobes and enters his sauna. He dumps water on the embers, which spit back a cloud of steam. The temperature rises to a level just above painful. Here, on some days, the billionaire ponders his latest mission: saving a planet that, like the sauna, is rapidly growing too hot.

“Conditions are getting worse,” says Anttonen, 53. “We have to act as quickly as possible.”

Anttonen’s concern is curious for a man in the oil business. A former energy trader, he now runs his own Helsinki-based firm, called St1. The company, which had 2019 revenues of $7.8 billion, refines over a billion gallons of oil each year, operates 1,300 gas stations in Scandinavia, and has a 15%-plus share of the diesel fuel market in Norway, Sweden, and Finland.

“If we weren’t going to [refine and sell oil], somebody else would,” Anttonen says “I have to make sure that our company will stay alive.” Perhaps complicating things: he is worth an estimated $1.4 billion, making him Finland’s sixth richest person.

But Mika Anttonen is determined to move beyond fossil fuels. St1 has put $200 million into renewable energy projects over the last three years, equivalent to 44% of its net profit during that period, or 1% of its revenue. Anttonen is lobbying European governments to charge firms for their carbon output and to restrict short-distance flights. At conferences and EU summits, he shows up with his “energy transformation” PowerPoint in tow. Despite the oil under his fingernails, Anttonen hopes to become a credible engine for change. “It is our responsibility to contribute,” he says.

To that end, he is funding renewable energy projects that he hopes can compete with carbon fuels at scale, like a 4-mile geothermal well in Espoo, Finland, designed to provide 10% of the region’s heat when completed next year. He wants to reforest large swaths of the earth, starting with a pilot involving “fast-growing” trees in Morocco. Most ambitiously, Anttonen plans to capture carbon from the atmosphere and turn it into energy, an idea called “Power-to-X.” The concept, far from proven, involves taking carbon dioxide and fusing it with hydrogen molecules produced using renewable power, creating a new synthetic fuel.

Anttonen’s campaign may be helped by the oil surplus caused by Covid-19, which sharply reduced the global demand for oil. “If you look at a wide range of refineries, they’re actually cash negative on the short term,” says Petri Gostowski, an equity research analyst at Helsinki-based Inderes. “Companies will need to accelerate their [renewable] investments.”

See also: Strange But True: Meet the Igbo Man Who Became A Billionaire by Transporting Dead Bodies During Funeral

“Even though we have this pandemic, emissions [have been] cut very, very little,” Anttonen says. But there is no time to dwell in the gloom—or even reality. “The question,” he says, “is how do we tackle this problem?”

Mika Anttonen’s hard-nosed ambition is rooted in his family line. Both of his grandfathers fought in World War II. His paternal grandfather was shot in the eye by Russian soldiers, then suffered shrapnel wounds from a bomb explosion. “He was making jokes later on,” says Anttonen. “The Russians, they took my eye, but I took some metal as compensation.’”

The war improved Finland’s standard of living and by extension its government services, which provided a vital backstop for Anttonen during his childhood. His parents divorced when he was five years old, effectively turning his mother into a single mom. “The money was not there,” he says.

“Are we all going to die before we are done? I don’t think so.”

At age 19, after serving his mandatory military service, Anttonen enrolled at the Helsinki University of Technology, where he majored in technology and energy studies. During his senior year, he was recruited by the Finnish oil giant Neste, and he began his career as an energy trader in 1989. The job was simple: Anttonen bought oil from European refineries, then sold it at a mark-up to Western markets like New York.

Slowly Anttonen climbed Neste’s ranks, but he chafed at the firm’s micro-management, including a mandate that he hires employees exclusively from within. “We couldn’t [find] talented people,” he recounts, driving through the outskirts of Helsinki in his Audi A4, which runs on ethanol made from the waste produced by places like bakeries.

He considered leaving Neste to strike out on his own, but hesitated, worried the idea was infeasible. Energy trading requires a lot of start-up capital; to make money, the oil must be bought on at a huge scale. But at the urging of a friend, in the mid-1990s Anttonen met with Swiss bankers from United Overseas Bank and asked for a credit line he thought they would never approve: $100 million. The bankers said yes.

Using that capital, in 1996 Anttonen joined a new firm called Greenergy Baltic (he later changed the name to St1 and bought out the firm’s original shareholders). Within a few years, he was bored. “I started to realize how stupid the oil trading business is. You’re buying cargo and selling it at a more expensive price. …It really didn’t fulfill the meaning of life.” He sold the trading operation to Enron in 2000.

Mika Anttonen calls the subsequent years his “growing up process,” when he started searching for business opportunities that would “make the world a little bit better.” So began his climate activism. Still, he continued investing in fossil fuels, acquiring a subsidiary of ExxonMobil in 2007, buying 565 gas stations from Shell in 2010, and expanding St1’s oil refining business.

See also: Mark Cuban credits his success to these 7 books

Those exploits helped Anttonen fund his climate moonshots, including “Power-to-X,” which will require enormous innovations to efficiently capture and repurpose carbon. He admits that’s still a long way off. “To develop the equipment [for carbon recycling], I would say ten, 15 years,” he says. “Then to scale it out, that will take 30 to 50 years.”

The problem, of course, is we may not have that much time. Many scientists think the planet will warm to dangerous levels as soon as 2030. “We might lose a lot of food production. We might have casualties because of that. We might have [climate] wars,” Anttonen admits. “Are we all going to die before we are done? I don’t think so.” Then, as if to assure himself, he repeats, “I don’t think so.”