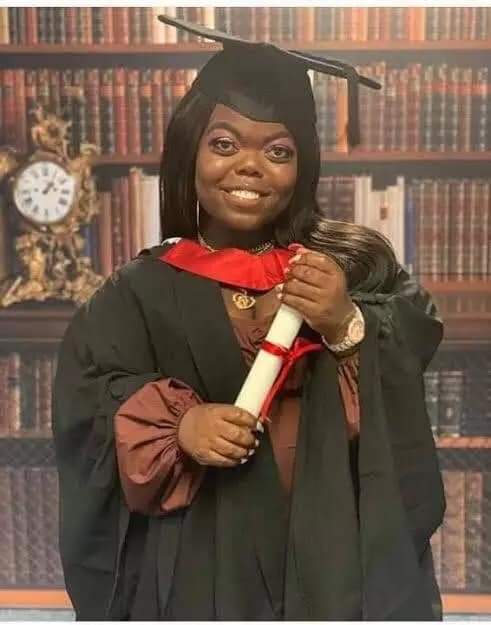 Fatima Timbo a beautiful 22 years old First Class graduate of Middlesex University. She was born with a condition, known as dwarfism. Fatima is 4 feet tall and because of that, she was intimidated by her age grade who was taller than her.

Beautiful Fatima Timbo started a career in modeling in an attempt to promote body positivity for people with dwarfism and other physical conditions.

Fatima Timbo was faced with rejections, pains, and an inferiority complex. She accepted her condition and saw an ability in her disability and promise to make something out of it.

Fatima concentrated and put a lot of time and effort into her study, God willing her hard work and sacrifice paid off, she graduated from Middlesex University in the year 2019 with a first-class degree.

Fatima has become a popular Instagram model and brand influencer. She has lots of followers on Instagram.

Fatima is an inspiration and she has set an example for people in a similar situations to follow. She is indeed an icon, a perfect example of hard work and determination pays. See some reactions to her post.

See also: Ghanaian Okada Rider Graduates as Best Student at University of Education, Winneba with a GPA of 3.96

How To Use Social Media To Grow Your Small Business

Meet Iddris Sandu, The 21-Year-Old Ghanaian Who has worked For Instagram And Snapchat

How to Become an Online Entrepreneur