HomeMeet these Top 10 Social media influencers in Nigeria, who have changed...
Featured

Meet these Top 10 Social media influencers in Nigeria, who have changed the way we feel on Instagram 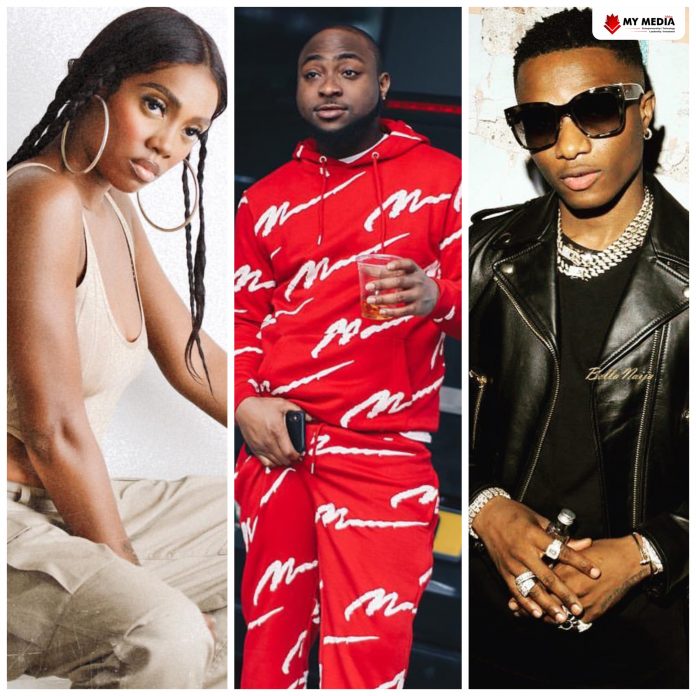 Social media as they say facilitates the creation and sharing of information, ideas, career interests and these Nigerian influencers have made tremendous impact on the blogosphere, irrespective of their various industries, either in entertainment, music, comedy, these celebrities have caused a stir in media, and they also have massive fan base on Instagram.

Mymediaafrica.com brings to you the top 10 Nigerian influencers on instagram.

What else can we say about this young man? In 2017, he monopolized the industry. In 2018, Davido did not slow down as he turned his public relationship with his girlfriend, Chioma, into a hit single. The 30BG leader gave a new meaning to the word ‘assurance’. This year, Davido continued to influence Nigerian pop culture in massive ways. He is also the most followed Nigerian on instagram at a mind blowing 10.8 million followers. His fan base is very loyal and he influence the younger generation is so many ways. He is without a doubt the most influential nigerian on social media.

It’s only a pop god that can make a local slang like ‘everywhere stew’ go national with just one tweet. In 2019, Wizkid continued to have his foot on the neck of Nigerian pop culture from his deal with Nike, popping up at Diddy’s crib, his friendship with Naomi Campbell to walking the D&G runway. Let’s not even talk about the ‘Fever’ video that still has us hot.

‘Mummy Jam Jam’ wasn’t the top female artist in Nigeria, she was one of the top artists in Nigeria, period! Tiwa Savage produced a batch of hits in the year and dominated Nigeria’s pop culture space with her concert in the UK, her pop-up shop and of course her steamy video with a certain act called Wizkid.

At this point in his illustrious career, the YBNL boss and rapper is a pop culture lightning rod. In usual fashion, Olamide dictated street trends and dances. He didn’t invent the Shaku Shaku or legwork dance steps but his co-sign helped take the dances mainstream. This year Olamide also impacted the streets with his urban anthems.

Satisfied with dominating the Nigerian scene, Falz took his talents outside the shore of Nigeria in 2018. His interpretation of Donald Glover’s ‘This is America’ got him international accolades. Later on, the star was seen posing with Puff Daddy in America. Falz did not stop to put out conscious music in the year.

Burna Boy is probably the most talented Nigerian artist in pop music, the depth and expanse of his abilities are boundless. He makes music from a variety of spaces, fusing sounds across genres to make the best melodies. His delivery is a wonder to fans, and within the industry, no one has the ability to replicate his style, flow and delivery. Simply put, he is a unicorn; a rare talent that shows up once in every generation.

Hate her or love her, this woman is not going to stop. Toke Makinwa proved that 2018 was her year as she released her skincare line and also her line of luxury bags. From an OAP to a fashionista, no society event is complete without Toke Makinwa gracing the red carpet.

On Instagram, Broda Shaggy is the most likely the breakout funny man of the year. His impersonation of street culture and attitude has gained him a bunch of fans including the pop sensation Davido who blessed him with a 30 BG chain.

Zlatan sets street trends and dances. He even invented the zanku dance which sky-rocketed his popularity and he helped take the dance mainstream. zlatan is role model to the streets.

Instagram, and Twitter might be flooded with ‘comedians’ but Maraji in 2018 proved herself to be the true queen or king in this matter. Her multi-accent videos and humorous skits had social media laughing. Her parody of popular Nigerian videos was immensely funny that Genevieve Nnaji had to comment on one of them. This is girl power!!