Meet Wale Babalakin; lawyer, philanthropist and Chairman of The Bi-Courtney Group of companies 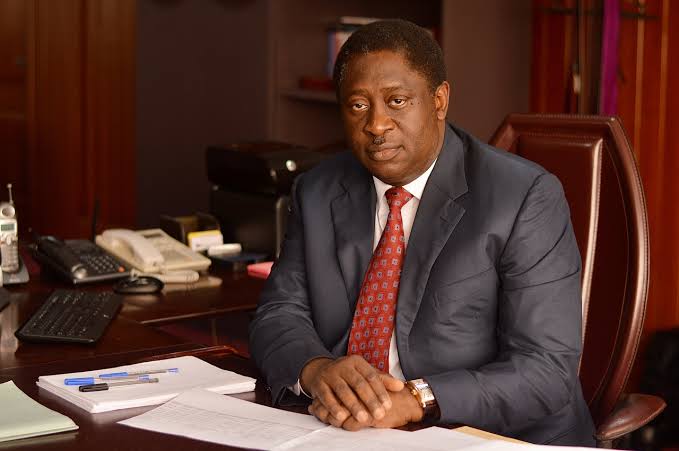 Dr. Bolanle Olawale Babalakin is a Nigerian businessman, lawyer and philanthropist. Chairman of The Bi-Courtney Group of companies, he is also a Senior Advocate of Nigeria as well as a recipient of the Nigerian national honour of Officer of the Federal Republic in 2007 and Senior Partner of Babalakin and Co. law firm. He was born on July 1st, 1960 in Ibadan, Oyo State, Nigeria to Honourable Mr. Justice Bolarinwa Oyegoke Babalakin and Mrs. Ramotu Ibironke Babalakin.

Born to an a retired Supreme Court Justice and a mother who was a pioneer female hospital proprietress in Ibadan, Babalakin attended Sacred Heart Private School and the prestigious Government College, both in Ibadan. He had his B.A studied at The Polytechnic, Ibadan. After that, he proceeded to the University of Lagos (UNILAG) where he graduated as one of the top 3 studies from the Faculty of Law.

He obtained his BL from the Nigerian Law School in 1982 after which he was called to bar. He thereafter, obtained his Masters of Law Degree and Doctorate from the University of Cambridge.

As a lawyer, Dr. Babalakin has considerable experience in litigation, arbitration, real estate law and project finance. He has acted in high profile commercial arbitrations proceedings and civil litigations in disputes arising from various sectors of the Nigerian economy. He has also conducted trials and appeals in all our courts- – from the courts of first instance, to the Supreme Court in matters of significant constitutional and national importance and in commercial transactions that cut across various sectors of Nigeria’s economy- construction, real estate, oil and gas, telecoms, maritime, aviation, banking and financing.

He is an active member of the Nigerian Bar Association (NBA), where he has acted as the Chairman of both the Committee on Construction and Real Estate under the Section on Business Law and the Committee on Government Practice under the Legal practice section.

He is also a member of the International Bar Association and the Chartered Institute of Taxation of Nigeria.

Dr. Babalakin was appointed by Chief Olusegun Obasanjo, former President of the Federal Republic of Nigeria as Chairman of the Constitutional Drafting Sub-Committee of the National Political Reforms Conference in 2005, Member, National Political Reforms Conference in 2005 and Vice Chairman of the Committee on the Review of the Evidence Act CAP 112 Laws of the Federation of Nigeria 1990, in 2005.

In 2007, he was appointed as the Honorary Special Adviser on Legal Matters and General Counsel to the former President of the Federal Republic of Nigeria, late Alhaji Musa Yar’adua. He was the Pro-chancellor of the University of Maiduguri and Chairman, Committee of Pro-Chancellors of Nigeria Federal Universities. He is also much sought after speaker in the Nigerian legal profession and has presented so many papers at seminars, conferences and workshops in Nigeria and abroad, on topical issues of law.

He was conferred with the National Honour of Officer of the Federal Republic (OFR), in February 2008. On December 21st, 2013, during the 90th anniversary of the Ansar Ud Deen Society of Nigeria, he was awarded the Merit Award for his contribution to the society and humanity in general.

Wale Babalakin is estimated to have a net worth of about $260 Million.

Share
Facebook
Twitter
Pinterest
WhatsApp
Previous articlePitch your startup at the Africa Early Stage Investor Summit
Next articleNigerian philanthropist Dr Arinze Madueke gives electricity to a community which has been in darkness for more than a decade.
RELATED ARTICLES
Featured