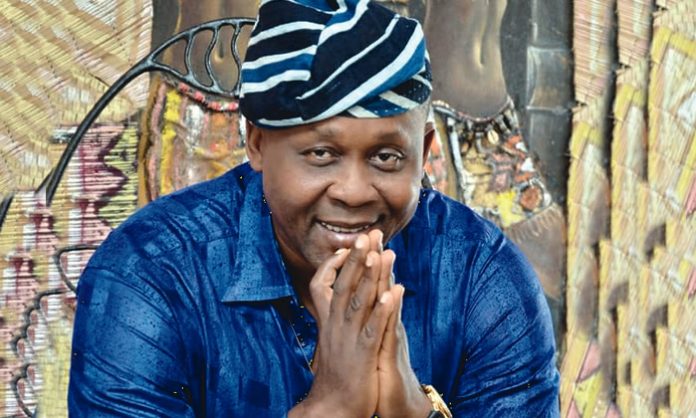 Olawanle Raphael Akinboboye is a Culture and Tourism Expert, and President of La Campagne Tropicana. He was born on August 16th 1958 in Lagos State, Nigeria. He currently serves as the chief tourism adviser and consultant to His Imperial Majesty, the Ooni of Ile-Ife. He is also the Tourism Ambassador for the Conference of World Mayors.He hails from Ondo State.

Akinboboye had his high school education at St. Josephs College Ondo. Thereafter, he received a diploma certificate in Mechanical Engineer from the Kaduna Polytechnic.

Afterwards, he travelled to the United States of America where he studied Business Administration & Security Operations as first degree. He also obtained a Master’s degree in Hospitality Management from the Florida International University, USA.

When Wanle returned from his studies in the United States, he founded a hospitable haven called La Campagne Tropicana, Adeniyi Jones and a 65-acre land-space beach resort at Ibeju Lekki area of Lagos.

Having made some name and contact from that business, he ventured into security business with his Corporate Guards, one of the leading security outfits in Nigeria today who secure lives and properties of corporate and individuals.

Being a lover of motherland and culture, Wanle made frantic efforts to display and sell to the global world our rich cultural values and heritage through her KamAfrica Initiative and others.

His many novelties which have, in no small measure, added values to the culture and tourism in this country such as, Motherland Beckons, Atunda Entertainment, a national troupe of repute, KampAfrica, to educate and train the young minds about culture and traditions in Africa most especially Nigeria to mention but only a few are the magic wands Wanle has been using as tools to project the image of the country to the rest of the world.

In conjunction with some renowned Nollywood superstars, he showcased a story about slavery entitled Odigbose. This was in 2007. He wrote another movie titled, Ajo.

Ajo is a Dance Drama that traces the history of the African people from the days of slavery to GSM days. Some of his numerous establishments include; La Campagne Boutique Homes, Atunda Entertainment, Atunda Television, Africa International Music Festival(Aim Festival), Africa Musical Jamboree (The Wakiwaki Show), Mare Festival, KAMP AFRIKA, YATE (Youth African Tourism Expedition) and HURP (Hope, Unity, Rebirth and Prosperity). He is at the momemt, the chief tourism adviser and consultant to His Imperial Majesty, the Ooni of Ile-Ife.