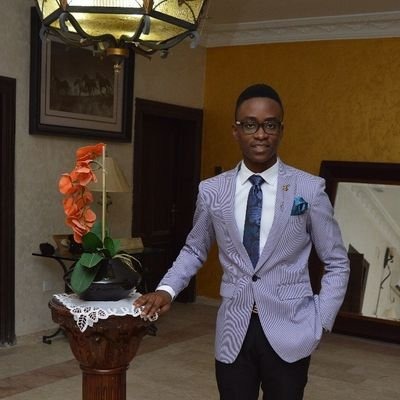 Chris Kwekowe is a highly rated young Nigerian Entrepreneur, technology consultant and most notably the founder and CEO of Satecube.

He sees the average young African as a global force to be reckoned with and his tenets are embedded in his effort to make ICT the propeller on which the former thrives.

Some time ago, a group of undergraduates signed up to the beta version of Slatecube. After their course duration, they had acquired flawless industrial skills and were later taken in as interns in a renowned ICT firm. Slatecube has produced skillful undergraduates who have already gone on to secure employment positions with ICT firms before their graduation.

Today, almost 200 visitors use Slatecube in acquiring useful knowledge in courses of their choice and partaking in their internship.

Additionally, Slatecube makes provision for approved courses and knowledge to be shared by experts in that field who may have undergone an initial course training. Course training can be paid for, making it a lucrative platform for tutors.

Slatecube team is set to make more practical and entertaining courses that will help build young minds in their various academic and social area of pursuit.

Ever since it became an Anzisha Fellow, Slatecube has gathered enough media presence. Chris Kwekowe, the founder of Slatecube has been hosted on CNN, BBC, ITNews, MIT’s Website and CNBC Africa. Slatecube was recently awarded the most innovative enterprise by Nnamdi Azikiwe University, Awka and has also been acknowledged by Tony Elumelu Foundation.

Slatecube currently drives an online traffic of about 3000 visitors monthly. Chris Kwekowe is working tirelessly to produce about 1.2million Africans trained in Slatecube, in the future. Chris Kwekowe has hosted a up-skill conference in Nairobi, Kenya, and Gaborone, Botswana

Chris would like to see, “…Slatecube linking more qualified and well-deserving students with top-notch organizations, thus upgrading the workforce, and making the pursuit of knowledge and skill a fun and worthwhile venture.