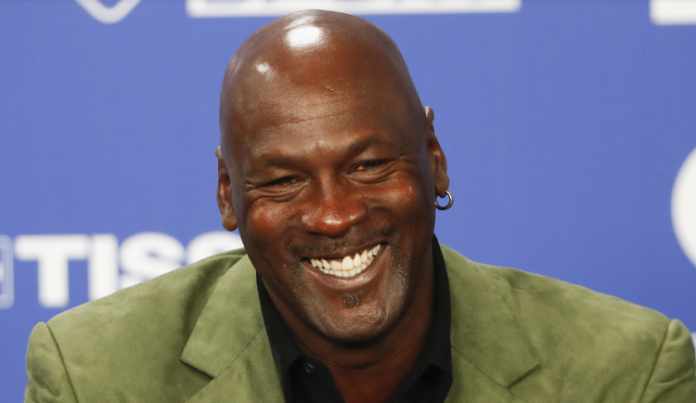 Think of the greatest basketballer of all time, and one name readily comes to mind: Michael Jordan. The legendary basketballer was part of the glorious 1990s team of the Chicago Bulls, winning three consecutive NBA Championships between 92 -94 and 96 – 98. Jordan was the undisputed star of the game, bringing global prominence to a sport that has hitherto been the domain of the American people. His fans became manic, and he was worshipped everywhere he went.

He played basketball the beautiful way, could match his talk with his walk, and became the face of the modern-day basketballer: rich, famous, and extremely talented, on the court. Jordan heralded the birth of the commercial basketball player: a superstar who had multiple endorsement deals that could use his influence to drive sales for his sponsors.

In this article, we’d take a look at how he turned his earnings while playing into a $2.5billion fortune.

Jordan was a precocious teenage basketballer who, in high school, was a McDonald’s All-American. After becoming just the fourth player to start at the University of North Carolina as a freshman, he won the National Championship as a sophomore. In 1984, he was selected as the third pick in the NBA Draft by the Chicago Bulls, joining an illustrious list of Hakeem the likes of Hakeem Olajuwon (1st), Sam Bowie (2nd), Sam Perkins (4th), and Charles Barkley (5th).

Jordan was a colossus. In 15 seasons in the NBA, he was an all-star 14 times, won the scoring title every single year, bar the 18 months break he took to play baseball, won the league’s MVP times, won the NBA 6 times, with an impressive 6-for-6 record in the NBA finals. Jordan earned around $93.7m in his time in the NBA, which would not put him in the top 150 in terms of all-time career earnings, but it is his earnings off the court that has set him apart.

While playing in the league, he earned between $550,000 to $4million for 13 years out of his 15-year career, with the Bulls taking advantage of a salary cap loophole.

It’s interesting to note that just 4% of his total net worth has come from his NBA salary. He has made money from being the owner of the Charlotte Hornets, and a very lucrative and unique partnership with footwear company, Nike.

Starting with the Hornets, Jordan bought the basketball franchise a whopping $180million from Bob Johnson, to assume 97% ownership, despite owning a small minority stake already. While the team has consistently not pushed towards the upper echelons of being consistent in the play-offs and even winning the championship, Jordan is making a fortune.

Media interest and international interest continue to make them earn well, and although he sold a 20% stake to a group of investors last year, the deal valued the team at around $1.5billion, which represents a six-time increase on what he paid for more than 10 years ago.

Now, the team has an estimated value of $1.6billion, which is almost x10 of his initial investment.

While at the University of North Carolina, Jordan wore Converse shoes, because his coach, Dean Smith, had an endorsement deal with the footwear manufacturer. When he got to the NBA, he wanted to wear Adidas, but the German company had a leadership change, with the new executives not offering him a new deal.

The big names in basketball, including his future Hall of Fame contemporaries such as Larry Bird and Magic Johnson, were signed to Converse, at around $100,000 a year, an offer they made to Jordan. The deal wasn’t interesting to Jordan, and he turned it down, with Nike and his representatives urging him to meet them. The rest is history. Nike offered him a deal worth $500,000 a year in cash for five years. It gave him the opportunity to build his own personal brand such as signature shoes, and then expand into clothing. He had not even played an NBA game yet; such was the hype surrounding him.

Jordan gets a 5% on all Jordan Brand sales and took home more than $150million in income from Nike in 2021 alone. The entire Jordan brand raked in a whopping $4.7billion in revenue, highlighting the popularity he enjoys, even years after the end of his playing career.