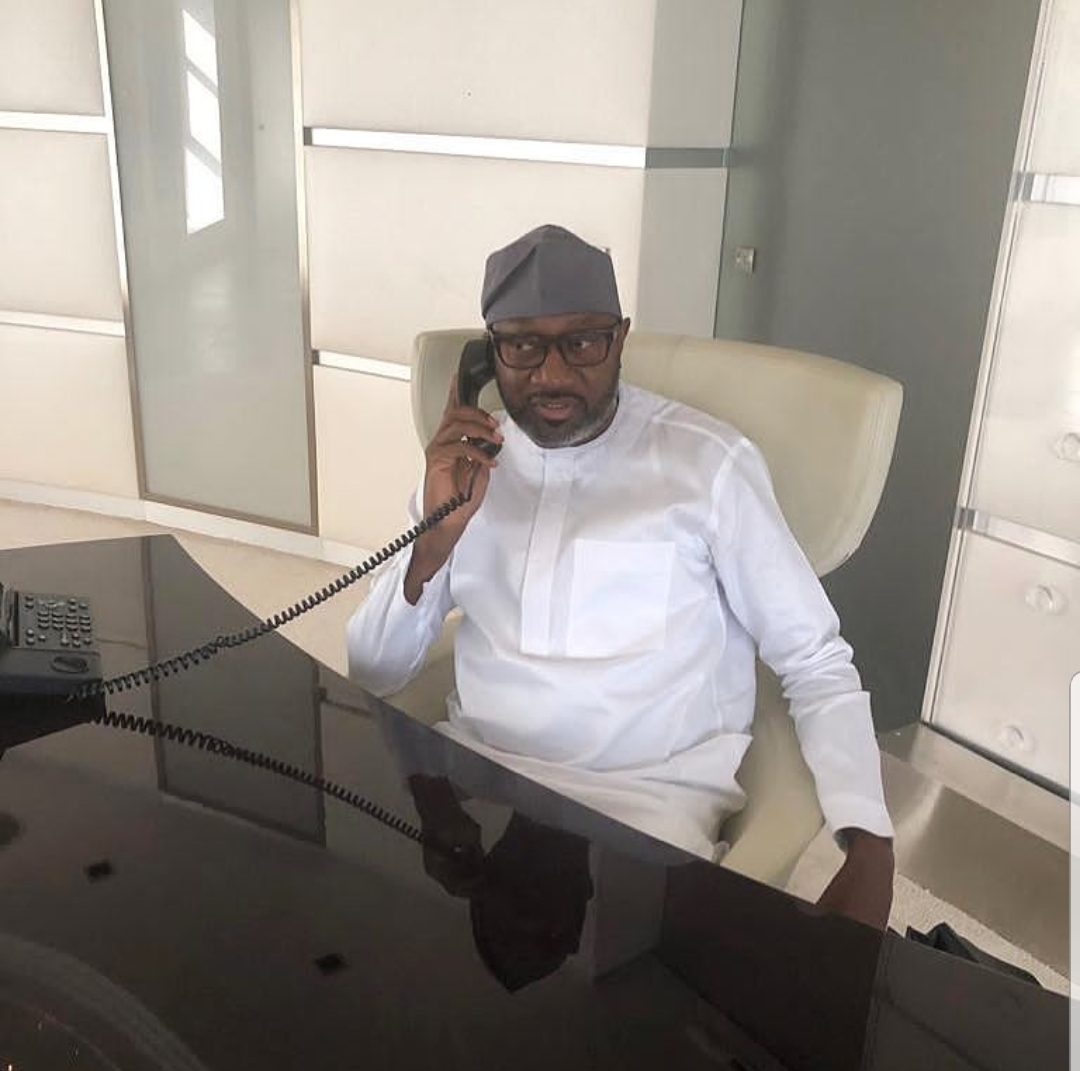 With every attribute of a stylish billionaire, Femi Otedola is an ideal wealth model any day. He’s a billionaire, investor, oil magnate, philanthropist, to mention but a few.
Popularly known as the ‘Man in White’, his profile is one rich epistle of bounty successes, controversies and landmarks, but we shall focus on the brighter side of his biography and how much the elegant billionaire is worth.

Born On the 4th of November, 1962 into the affluent home of Late Sir Michael Otedola and Mrs. Nana Otedola in Ibadan, the capital of Oyo State, Nigeria. Prior to his demise, Sir Michael Otedola was the governor of Lagos State from 1992 to 1993. As a child he always wanted to be a Reverend Father but his business instinct started quite early. Otedola said:

“I had my first business at the age of six. It was called FEMCO. I would offer to groom my parents’ guests’ nails. Then, write a receipt and charge them for my service. They paid me too. I always had an interest in business.”

Managing the family printing after his graduation from the University, he later switch to a more lucrative engagement which was the oil business. This indeed later translated to the setting up of Zenon Oil, a company that deals on the importation and marketing of petroleum products. Which become a major playmaker in the Nigerian oil distribution sector as at 2005.

As Zenon at the time won’t slack in booming, in 2007 he became even healthier enough in the purse to become a major shareholder in African Petroleum, one of the largest oil distribution companies.

He purchased 29 percent in shares from AP and merged his Zenon Oil assets further with the shares bought earlier to become the biggest shareholder of AP.

Having secured most of the stakes, he was made chairman of African Petroleum which is today referred to as Forte Oil. His fortunes leaped further into high heavens after restructuring AP and changing it’s identity to Forte Oil.

Interestingly, one innate thing about the rich is having diversified investments and Otedola won’t dare lay all his eggs in a basket.

In 1994, he diversified into the finance sector with the establishment of Centreforce Ltd. He is also the CEO of Swift Insurance.

He is the CEO of Seaforce Shipping Company Ltd. A shipping company that dwells on distributing petroleum products. Seaforce held the monopoly of the biggest ship in Nigeria and reveled in the streak while it lasted.

Although recent reports reveal that the Nigerian businessman, Femi Otedola is no longer as a billionaire in dollars. According to a report by Forbes, the oil

mogul has suffered a huge drop in the stock price of his company, Forte Oil. Otedola whose previous net worth was $1.8 billion has now dropped to $550 million dollars.

However, this is not the first time such is happening to the ‘Man in white’. He always has a way of bouncing back to the table of billionaires in dollars. And with his old time friend Aliko Dangote dominating the lead, it is an expectation soon to be realised.

In addition, he has held series of boardroom positions, conferred with different national and transnational honours and series of awards to his name. He is one man, whose philanthropy heart grows bigger. For the more the money comes, the more he gives to better the state of humanity.

Zidora trusted and most reliable

Godwin Maduka- The Billionaire in all Currencies