HomeBillionaires#MIFAbidjan: Dangote Reveals what he would’ve invested on if he...
BillionairesFeatured

#MIFAbidjan: Dangote Reveals what he would’ve invested on if he was a young Entrepreneur & More with Mo Ibrahim 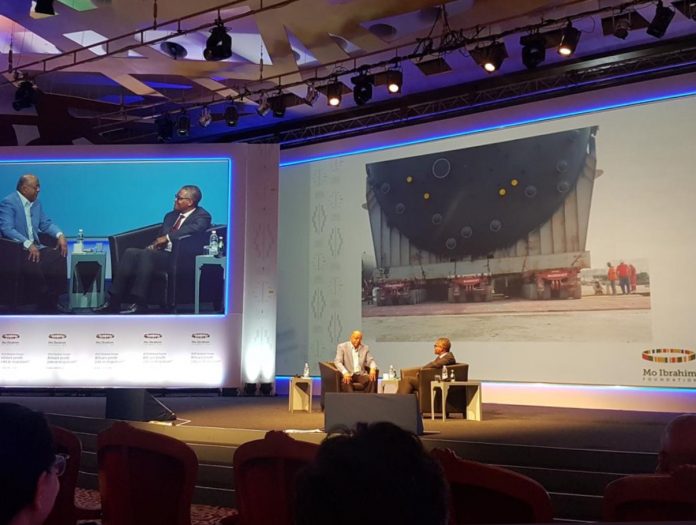 Mo Ibrahim sat down with Aliko Dangote for a conversation on the latter’s refinery project, doing business in Africa, as well as being the “most eligible bachelor in Nigeria”.

As part of the Ibrahim Forum at the ongoing Ibrahim Governance Weekend, Dangote shares that he’d go into ICT and Agriculture if he is a young entrepreneur today.

Dangote makes a case for movement within Africa.

He says Benin Republic does not allow importation of his cement but imports from China.

He adds that price is not the problem. “If the market sells at 0, we’ll compete at 0”#MIFAbidjan#BNAtMIFAbidjan

Dangote says even having the African Union passport is not helping matters.

He travelled to Angola one time and had to apply for visa which was stamped on his African Union passport.

He wants Africa to collaborate first, before looking outward #BNAtMIFAbidjan#MIFAbidjan

Dangote says he doesn’t look at his bank statement.

Mo asks how he felt when he made his first million.

Dangote says one time he withdrew $10m from the bank, took it home, opened it & said “Now I believe I have money” and returned it the next day