HomeNewsMiracle: Little girl found alive after being under Earthquake rubble for over...
News

Miracle: Little girl found alive after being under Earthquake rubble for over 3 days (Photos/Video) 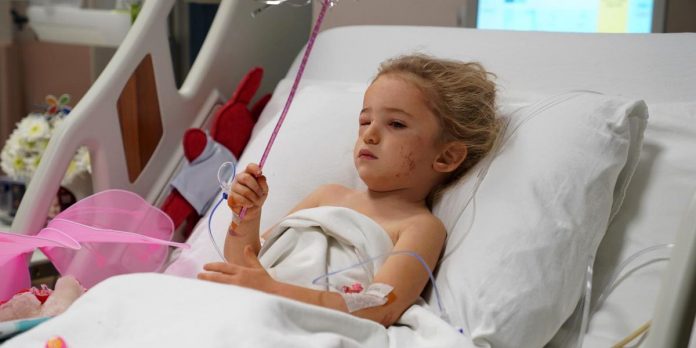 A young girl was rescued from the rubble of a collapsed building in the western Turkish city of Izmir on Tuesday, more than 90 hours after a deadly earthquake that killed at least 107 people.

Rescuers heard Ayda Gezgin’s screams from under the rubble and managed to pull her out hours later, taking her out on a stretcher as emergency teams continued to search five destroyed apartment blocks for survivors.

As the child was pulled from the rubble, covered in dust but unhurt, one rescue worker hugged and kissed her, and some called “Allahu Akbar” (God is Greatest). There was applause when the young girl, whose age was variously given as three or four years old, was carried away on a stretcher.

See also: Strange But True: Meet the Igbo Man Who Became A Billionaire by Transporting Dead Bodies During Funeral

“She smiled, she was waiting for us,” said Levent Onur, one of the rescue workers pulling Ayda out, adding the child had been stuck behind a washing machine which shielded her from injury. Ayda’s age

“The name of our miracle after 91 hours is Ayda. Thank God,” tweeted cabinet minister Murat Kurum. 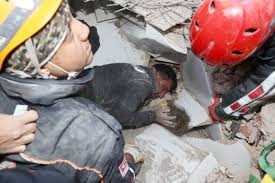 The Interior Ministry later said that Ayda’s mother was found dead by rescuers shortly after her child’s rescue.

Deputy Health Minister Muhammet Guven told reporters at the hospital where Ayda was taken that the child was in good health and that she was receiving treatment.

Friday’s earthquake in the Aegean Sea was the deadliest to hit Turkey in nearly a decade, with 105 people killed in Izmir and two teenagers on the Greek island of Samos, according to Turkey’s Disaster and Emergency Management Authority (AFAD)

The quake injured 1,026 people, with 143 still receiving treatment in Izmir, AFAD said. More than 3,500 tents and 13,000 beds are being used for temporary shelters in Turkey, where relief efforts have drawn in nearly 8,000 personnel and 25 rescue dogs, the agency said.

Istanbul-based Kandilli Institute said Friday’s quake had a magnitude of 6.9. There have been 1,475 aftershocks, AFAD said.

See also: 5 Weirdest And Stupidest Things Millionaires have Ever Done! No 4 Is A Genius! 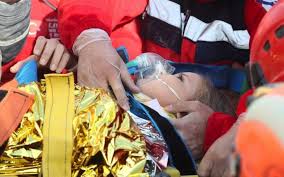 Turkey is crossed by fault lines and is prone to earthquakes. More than 500 people were killed in a 2011 quake in the eastern city of Van, while another in January this year killed 41 people in the eastern province of Elazig. D said Friday’s earthquake had a magnitude of 6.6, with some 1,400 aftershocks.