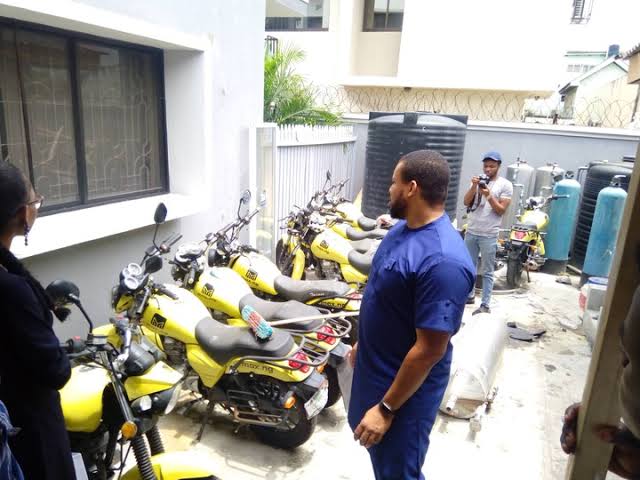 Popular Nigerian motorcycle taxi startup, MAX.ng has raised between $6m and $7m to expand across Africa.

With the funding, the firm aims to expand to Ghana and Ivory Coast and a fourth city in Nigeria.

Speaking to Reuters, Max.ng co-founder Adetayo Bamiduro said the expansion into the new countries would be funded the $5 million-$7 million the firm recently raised targeting to serve 2 million rides by the mid 2020.

Launched in Lagos in 2015 as a motorbike delivery service, Max ventured into ride-hailing in 2017 and began offering credit facilities on a lease-to-own service to increase motorcycle ownership to help provide employment. Max uses data, machine learning and psychometric tests to push its financial services to would-be owners, verify and train drivers and onboard them to its platform among others.

However, Max is not the only one doing this in Nigeria or across Africa. ORide has just launched in Nigeria and is expected to expand across Africa. And just recently,former Jobberman CEO Ayodeji Adewunmi joined Gokada, another Lagos-based on-demand motorcycle taxi app as the firm raised $5.3m Series A round.

Gokada said it will deploy its $5.3m investment to expand its driver fleet, increase daily rides by 10 fold and acquire local tech talent. In addition, the company will explore new verticals for business growth. Gokada also says it’s set to launch in Kano and Port Harcourt by the end of this year.

Launched in 2018, Gokada says it has approximately 1,000 motorcycles and they have completed nearly one million rides since inception.Fahim Saleh, Co-Founder and Co-CEO of Gokada added that, “Gokada was built with the intention of becoming the future of two-wheel transport in West Africa, and we are fast becoming the go-to platform to hail a motorcycle ride in Lagos.”

Launched in 2012, Grab has morphed from a ride-hailing service worth almost nothing to a valuation of close to US$14 billion after its March $1.46b Series H round led by SoftBank’s Vision Fund. Grab powers taxis, private cars, car-pooling, bicycle sharing, shuttle services, and bike taxis and now powers hotel booking, on-demand video platform, tickets, food ordering, grocery shopping and financial services via its GrabPay and its loans and insurance services “Grow with Grab’ and a ‘Pay Later’, a post-paid and instalment payment service in Singapore.

Share
Facebook
Twitter
Pinterest
WhatsApp
Previous articleNigeria to invest in an off-grid solar, wind farm and other environmental projects
Next articleNuel Ojei, The Nigerian Billionaire who started with nothing and attained a frontline position in all sectors of the economy
RELATED ARTICLES
Leadership