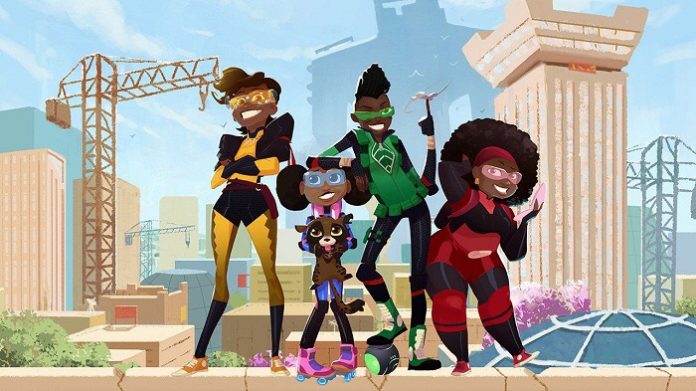 American media-services provider, Netflix is so committed towards growing its African content that it intends to add its first original African animated series titledMama K’s Team 4.

The series follows four teenage girls living in a futuristic version of Lusaka, Zambia, who are recruited by a retired secret agent to save the world. It was created by Zambian writer Malenga Mulendema, who in 2015 was one of eight winners of the Triggerfish Story Lab, a pan-African talent search backed by the Cape Town-based animation studio and The Walt Disney Co. The series is designed by the Cameroonian artist Malcolm Wope.

“In addition to giving African writers a global platform on which to be heard, we are excited to present this powerful and entertaining new animated series that brings Malenga’s incredible and unique vision to life on Netflix,” said Melissa Cobb, vice president of original animation at the streamer. “‘Mama K’s Team 4’ has the potential to give a whole new generation of African children the opportunity to see themselves on screen in the powerful, aspirational characters they look up to.”