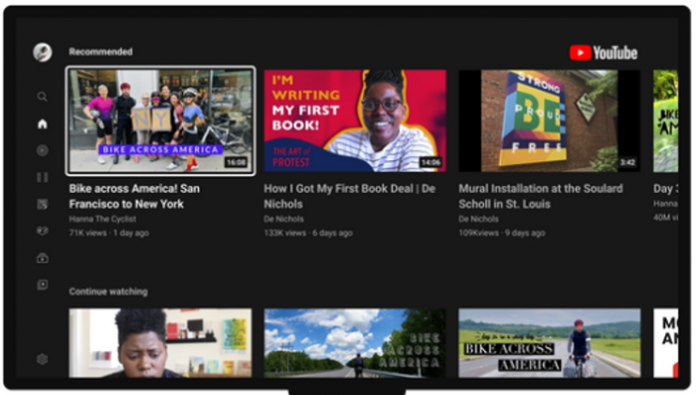 Google’s video streaming platform, Youtube has rolled out a new feature that let users do more than just stream videos from their phones to the TV screen.

This goes beyond the cast-to-TV option on smartphones to allow users to do practically everything they do on their phones on their TV.

By connecting their Android or iOS phones to the big screen, users can now interact with YouTube videos through a variety of activities, including likes, shares or comments.

In its announcement on the YouTube blog, Google notes that as of January 2022, over 700 million hours of YouTube content is directly being watched on TVs daily. Over 80% of people reportedly use another digital device while watching TV, and many of them open the same YouTube video on their phone to interact with it.

With this insight, the company decided to use the phone as a secondary screen for interaction purposes instead of trying to cram everything on the TV’s display.

According to YouTube, the function makes it “easier than ever to read video descriptions, leave comments, share the video with a friend, or support your favourite creators by sending a Super Chat or becoming a member.”

How to use this feature

Although YouTube has been on the big screen for the past 12 years after the launch of the YouTube app for TV, the experience has not been as smooth as on mobile phones.

The new feature connecting the mobile YouTube to TV brings all the functionalities on mobile to the TV. With this new feature, the mobile phone becomes an all-purpose, interactive device and unlocks the ability to do more.