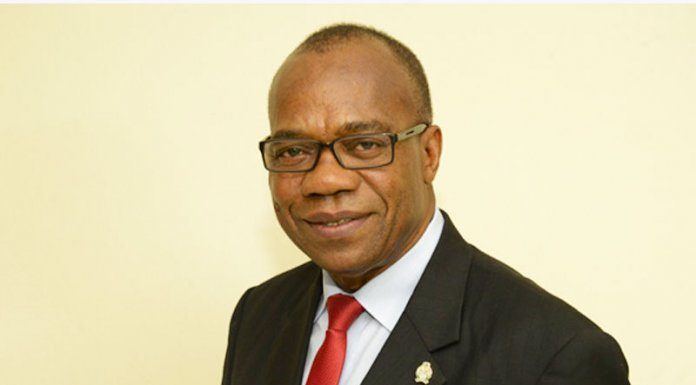 The management of the Nigerian Export-Import Bank (NEXIM Bank) has passed a vote of confidence on the Chairman of its board, Dr. Joseph Nnanna.

The Bank in a statement pointed out that its attention was drawn to the news making the rounds that some protesters under the aegis of the Awareness for Good Governance Group (AGGG), which it described as faceless, besieged the presidential villa gate and called for the immediate removal of Nnanna as chairman of NEXIM Bank over allegation that he was involved in corruption and fraudulent activities in the Bank.

But the management of NEXIM Bank stressed that the allegations were not only false and misleading, but a mischievous attempt at tarnishing “the good reputation of Dr. Joseph Nnanna, and divert attention from an on-going effort by the board to address

a case of gross mismanagement and poor state of affairs of the Bank under the old management which had since been sacked by the government of President Muhammadu Buhari.”

The statement explained that prior to the appointment of a new management for NEXIM in April, 2017, the Bank had become almost insolvent with huge non-performing loans, exacerbated by gross abuse of process, insider related loans and lack of professionalism in loan administration, amongst other issues.

“This led the Bank to commission a forensic audit to establish the true state of affairs before the new management came on board.

“It is pertinent to add that two years after the new management was appointed, the fortune of the Bank has changed remarkably for the better, under Nnanna led Board with significant improvement in key prudential ratios.

“The Bank is honouring its obligations and is collaborating with the Central Bank of Nigeria to manage two intervention funds, amounting to N550bn, towards increased support to the non-oil export sector,” it added.

The statement described Nnanna, who is presently the Deputy Governor, Economic Policy Directorate of the Central Bank of Nigeria, as a thorough-bred professional and former staff of the International Monetary Fund (IMF).

He was appointed Chairman of the Board of Directors of NEXIM Bank in March, 2018.

“He has since then worked harmoniously with other Board members to reposition the Bank to deliver on its mandate and contribute towards achieving the economic diversification strategy of the federal government under the Economic Recovery and Growth Plan,” it added