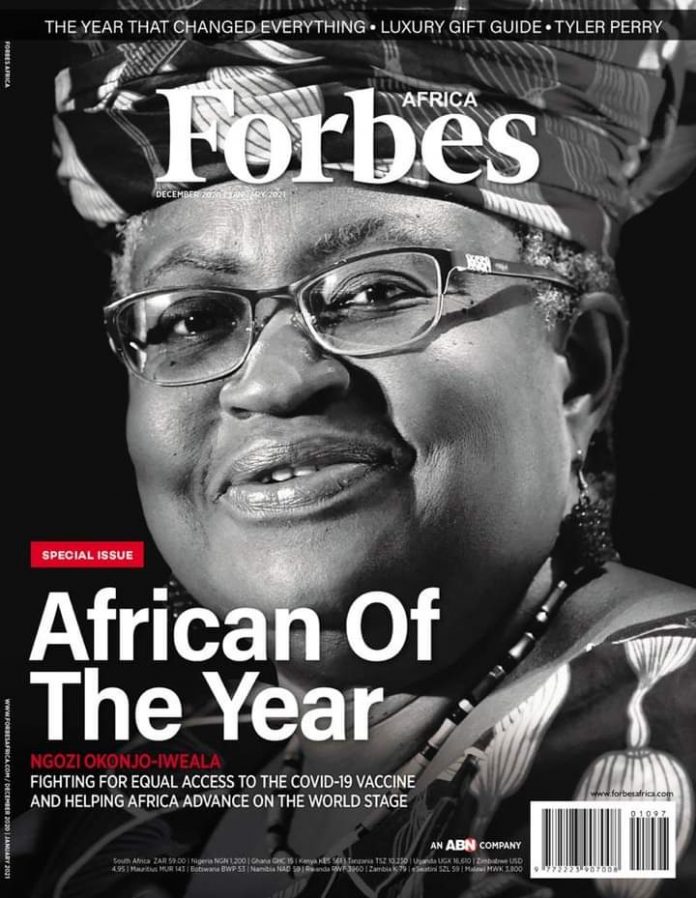 Nigeria’s former Minister of Finance, Ngozi Okonjo-Iweala, has been named by business magazine Forbes as the African of the Year, becoming the first woman to clinch the award.

The international development expert was honoured with the award in an announcement made by Forbes Africa on Tuesday, December 1, 2020.

“Her relentless efforts to make vaccines available to poor countries and enable equal access to the COVID-19 vaccine makes her a formidable role model,” organisers announced on Tuesday.

The award has previously been won by Rwandan president, Paul Kagame, and president of the African Development Bank Group (AfDB), Akinwumi Adesina.

She posted, “This award is for fellow Africans suffering the health and economic impact of COVID-19. The energy and resilience of Africans inspires me!”

Okonjo-Iweala, a former World Bank managing director, sits on the Boards of Standard Chartered Bank, Twitter, and is Board Chairperson of Global Alliance for Vaccines and Immunization (GAVI).

She is also set to be named as the first female and first African director general of the World Trade Organisation (WTO).

Share
Facebook
Twitter
Pinterest
WhatsApp
Previous articleA young lady with salary less than N50,000 builds herself a house
Next articleThis Book Changed my mentality about Wealth, it can change yours too.
RELATED ARTICLES
News