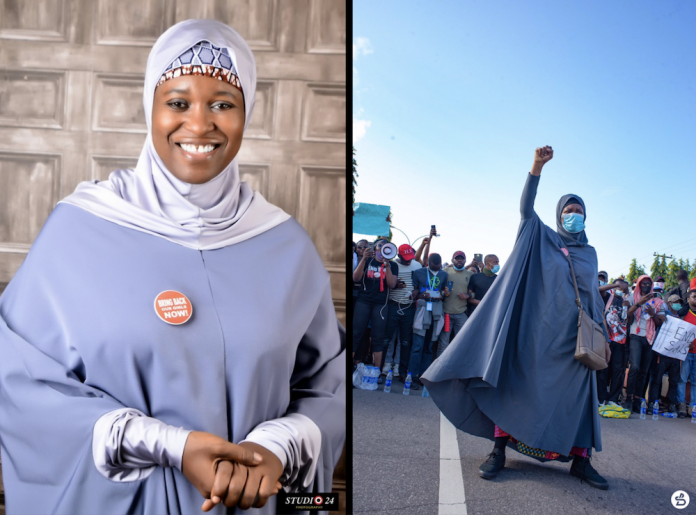 Nigerian activist and co-convener of the Bring Back Our Girls campaign, Aisha Yesufu has been listed amongst the BBC’s 100 inspiring and influential women from around the world for the year 2020.

Yesufu was listed alongside Sanna Marin who leads Finland’s all-female coalition government, Michelle Yeoh, star of the new Avatar and Marvel films, and Sarah Gilbert, who heads the Oxford University research into a coronavirus vaccine. The Nigerian activist has been vocal against poor governance and government oppression in the West African country.

At some point in the widespread #EndSARS protests, she was the face of the massive street processions, with many hailing her as a heroine for her role in pushing for police reforms.

Many took to twitter to congratulate her for her achievement and wished for her to achieve even higher feats.