HomeRecommendedNigeria and Tanzania students Conquer the rest of Africa in Huawei's ICT...
Recommended 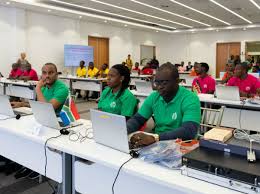 Students from Nigeria and Tanzania were the overall joint winners of this year’s Sub Saharan regional finals of Huawei’s global ICT Competition. The winners were announced at the Huawei regional headquarter in Woodmead, Johannesburg.

Together with second prize winners, Angola and Kenya, the four teams will travel to China for the finals which will see 40 teams from around the world compete for the championship title.